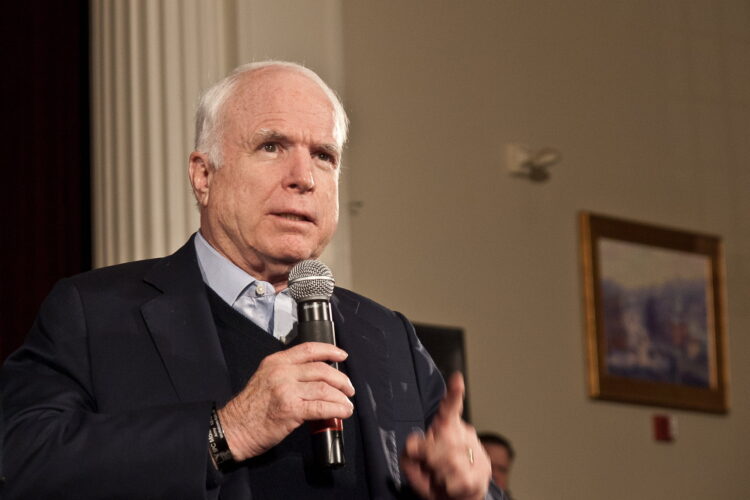 After Lifetime television rebuffed Senator John McCain’s demand that the cable network either restore Matlock to their schedule or suffer a brutal military response, the Senator ordered the military to make good on his threat. “I told the guy who answered the phone at the Pentagon that I need them to launch an attack on a cable network in New York City and they could use whatever they had handy: B-2s, tanks, artillery. Really, I’m not picky.”

The Senator was shocked when the “guy” who answered the phones – actually Corporal Betty Ross from Louisville, KY – told him that she wasn’t really in a position to order such an attack. “I kept telling the guy, I’m the fucking chairman of the Arms Services Committee! When I say attack, you attack!”

McCain then called the White House. “So it takes like ten minutes to get Obama on the phone – and you know at my age you’ve got to pee every five minutes – and I say, ‘listen here, Barry, or Barak, or whatever your name is, I’ve got this problem with Lifetime television cancelling my show and I need you to make good on my threat by leveling their headquarters.’ And he starts telling me he can’t!”

McCain refused to confirm White House sources that reported he offered the President a host of incentives if he agreed to attack the cable station: coming over for cookies and see the Senator’s medals, the Senator voting in favor of giving more Americans health care, or setting the president up with ‘a sixty year old hotty with the body of a forty five-year old.’ A fuming McCain did, however, say “that’s what’s wrong with Washington these days: nobody believes in compromise.”