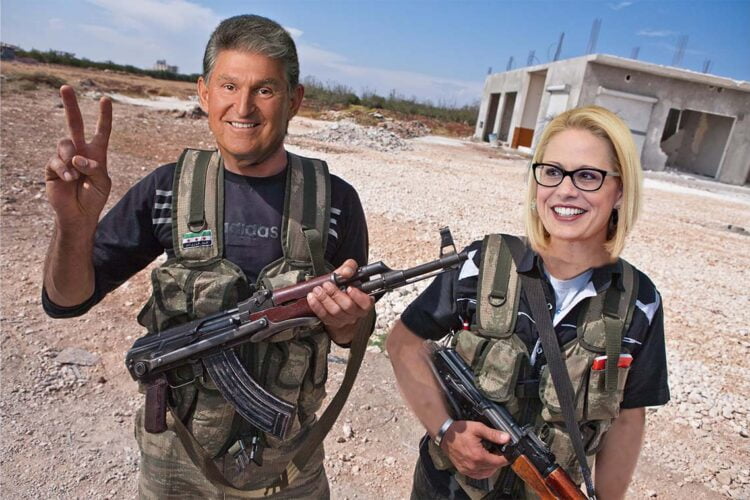 Lamenting that there is no place in the US Congress for moderates, Democratic Senators Joe Manchin and Kyrsten Sinema have left the country to join the Syrian civil war on behalf of the moderate anti-Assad resistance.

Sinema and Manchin, who had grown tired of constant pressure from the progressive wing of the Democratic Party, departed for Damascus early Sunday morning in hopes of linking up with a moderate Sunni group.

“So long, @SpeakerPelosi,” Sinema tweeted. “We are going to the land of the moderates, where we will overthrow Assad and form the most moderate government ever known to man.”

Upon arriving in Syria, however, the two Senators ran into many of the same issues that they had encountered in Washington. To oppose Assad, Manchin and Sinema were forced to caucus with the Islamic State. Efforts to reach a compromise have faltered, however, as the two former Senators would not sign onto many of ISIS’s demands.

“I want to get a deal done, but there is no way I am going to enact a wealth tax on unrealized capital gains to pay for $30 billion of torture devices and bomb-making equipment,” Manchin said. “And Kyrsten has also been very flexible, but she is not budging on her refusal to become the Caliph’s seventh wife.”

The news wasn’t all bad, however, for Manchin and Sinema. Through a program originally enacted under President Obama to field a force of moderate rebels, the Senators qualified for $4 million each of federal funds. 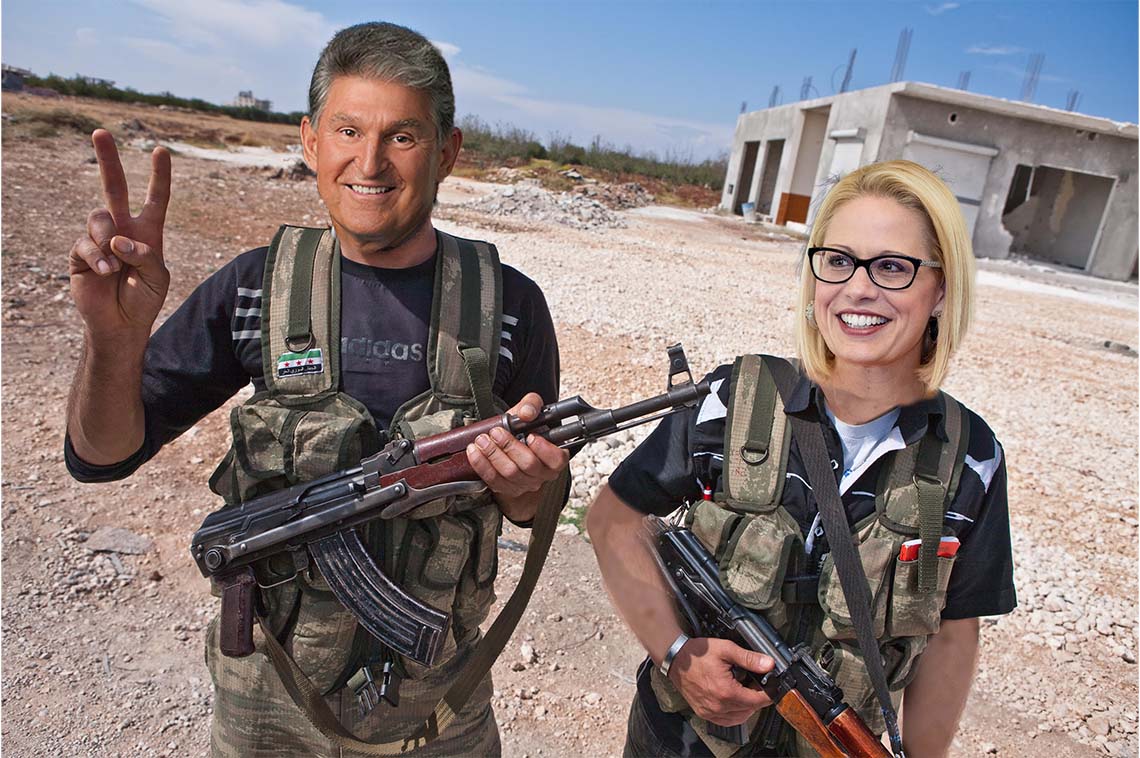