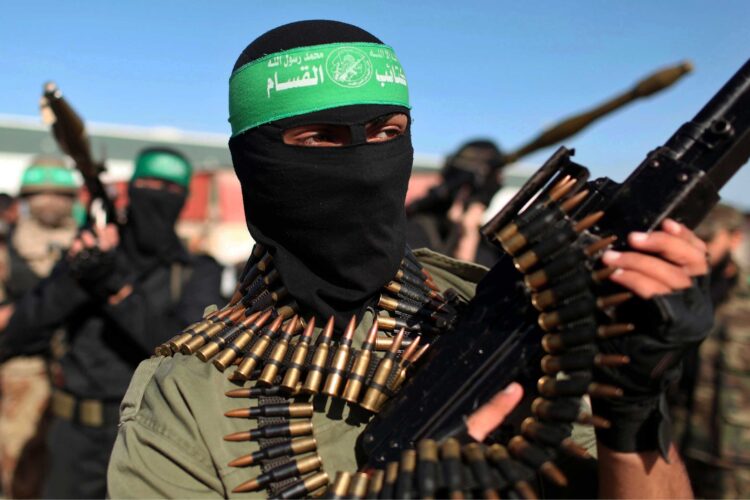 Image from Mato's Blog in "Syria’s Betrayal by Palestinian Jihadists" at https://mato48.com/tag/hamas/

AL-CHARLOTTESVILLE — Photos of Hamas members at a rally are being plastered all over the Internet. One in particular, which has since become the face of the ‘Unite the Fight’ rally, is that of Ibrahim al-Masri, a 21-year old university student from Hebron. He was shocked when he saw a frightening photo of himself screaming and firing his AK into the air on the Internet. Speaking to The Mideast Beast al-Masri commented, “Yes, I am a member of Hamas but I want everyone to know that I’m not the angry anti-Semite they see in that photo”.

He continued, “I drove from the West Bank to this small shithole in Gaza called al-Charlottesville. Fucking Israeli checkpoints, it took me 12 hours to go 38 miles to support the rally. But I only went because the Palestinian Authority was trying to take down images of Hamas martyrs who killed Israelis, not because I am a hateful person.”

Al-Masri is desperate for people to understand that he is not a Hamas member full of disdain. “As a card-carrying member of Hamas, I care for all people. We all deserve a future for our children and for our culture. Hamas isn’t all hateful; we just want to preserve what we have, which to be honest, isn’t much. But the rallies are a blast!”