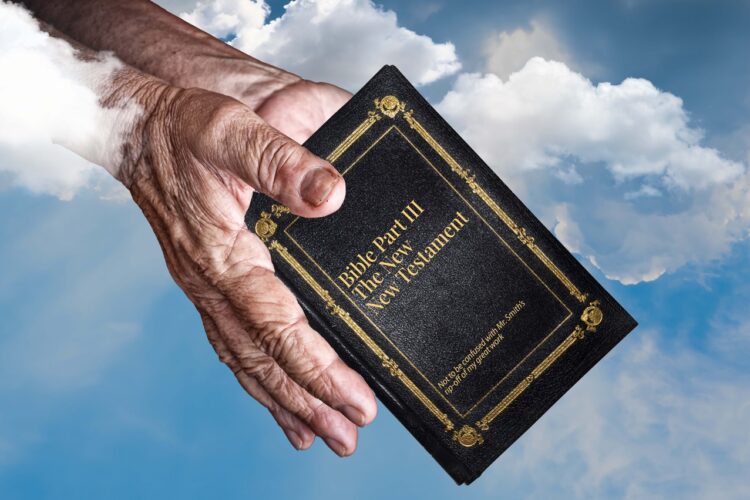 In a move that some fans of the originals are calling a cash grab, prominent author God announced he will release a long-awaited sequel to his 100 AD smash hit ‘The Bible.’

After penning the wildly popular Hebrew Bible and New Testament, God has long resisted making another installment in the series even as works of fan fiction including The Quran and The Book of Mormon grossed billions of dollars over centuries. But with every series from Bill & Ted to Ghostbusters cashing in on fan nostalgia, God finally relented and agreed to a series of sequels and spinoffs.

“Hell, ‘To Kill a Mockingbird’ released a prequel. Harper Lee’s been dead for ten years!” God exclaimed. “If the people want to hear more about what Noah, Jesus, John the Baptist and the crew did after the events of the Bible, then that’s what I’ll give them.”

It is unclear what the sequel will be called; titles under consideration include “The New New Testament,” “2 New 2 Testament,” and “The Bible Part III: Revenge of the Messiah.” God has also signed a deal with Netflix for several series, including a Goliath origin story and a musical adaptation of the Book of Deuteronomy.

Twitter’s reaction to the news was mixed, with many commentators demanding a more progressive approach than the original books.

“It remains a travesty that in 66 books of the bible there is not a single transgender or genderqueer person of color,” one Huffington Post blogger commented. “And if this Jesus person really does claim to be the Messiah, it is time that they finally reveal their pronouns.”