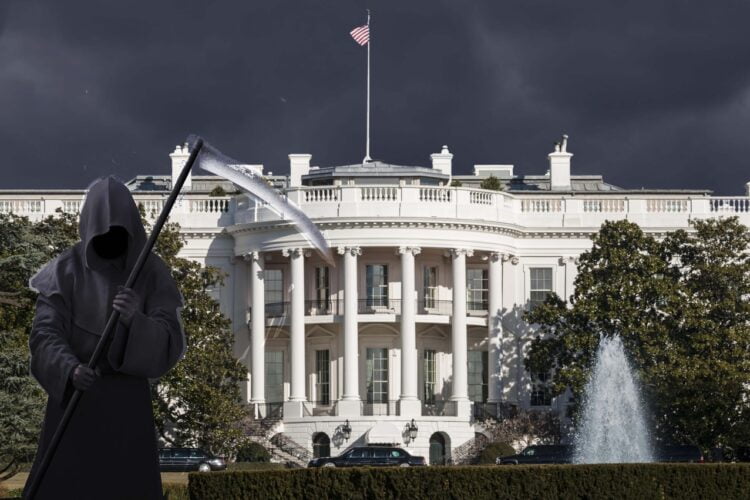 The unexpected guest wore a veiled black hood and carried a realistic looking sickle as he repeatedly rang the bell and knocked on the front door, presumably hoping for some Reese’s Cups or Almond Joys. At well over five feet tall, this trick-or-treater was probably older and close to outgrowing the holiday tradition. When he received no answer at the front door, the eager visitor drifted to several side doors, tried the knobs, and even rapped his sickle against a window, peering in and impatiently tapping his wrist watch. Witnesses said they assume he just really wanted some candy.

Eventually a Secret Service agent intercepted the confused youngster and tried to turn him away, but the costumed individual simply raised a pasty white finger and silently pointed inside. The agent then informed him that Joe Biden was not currently at home and left the country to visit the Vatican and England. This seemed to satisfy the trick-or-treater, as he held up a list showing that he planned to soon visit Pope Francis and Queen Elizabeth’s homes as well. He then glided toward the street and continued on his way.