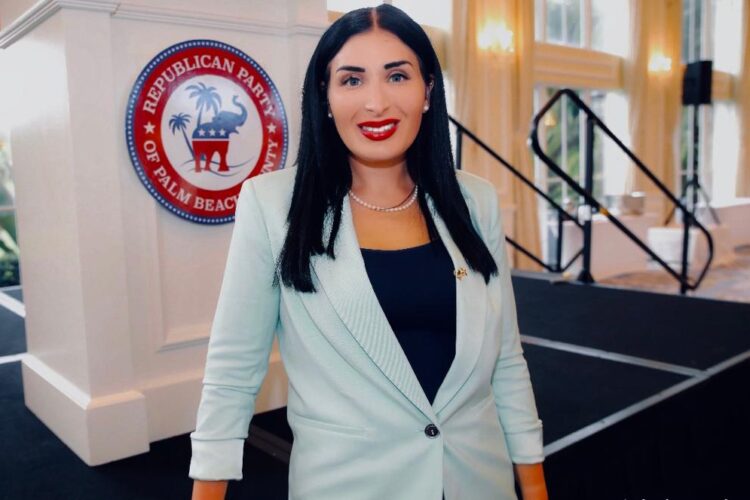 “Why are we letting these Sharia-loving terrorist Muslims not only into our country but INTO OUR STOMACHS?!?!?” Loomer asked in a tweet following her victory in an August 18 primary for a south Florida congressional seat. “When I am in Congress, I will ban these jihad balls and any other Islamic dishes.”

Loomer has a history of anti-Muslim comments. She’s been banned from Uber and Lyft for saying she “never wants to support another Islamic immigrant driver.” She has called herself a “#proudislamophobe” and called for a ban on Muslims entering the US.

Her primary win has seemingly done nothing to moderate her views, as evidenced by a series of tweets the following morning.

“You know those little square couches that you use to put your feet up when you’re sitting on a chair?” she tweeted. “I am going to ban those too, because they are called ‘Ottomans’ and the Ottomans were MUSLIM! NO MORE JIHAD COUCHES! All couches MUST have backs!”

“Just found out that algebra was invented by DIRTY ARABS!” she later tweeted. “They probably used it to plan 9/11! WE WILL NOT TEACH THESE SHARIA NUMBERS IN OUR USA SCHOOLS!”

Loomer’s Twitter account was silent for several hours following these tweets, leading to speculation that she had been banned from the platform. But a source close to the candidate told The Mideast Beast that she had in fact thrown her iPhone into a bucket of camel urine after learning that Steve Jobs was of Syrian descent.