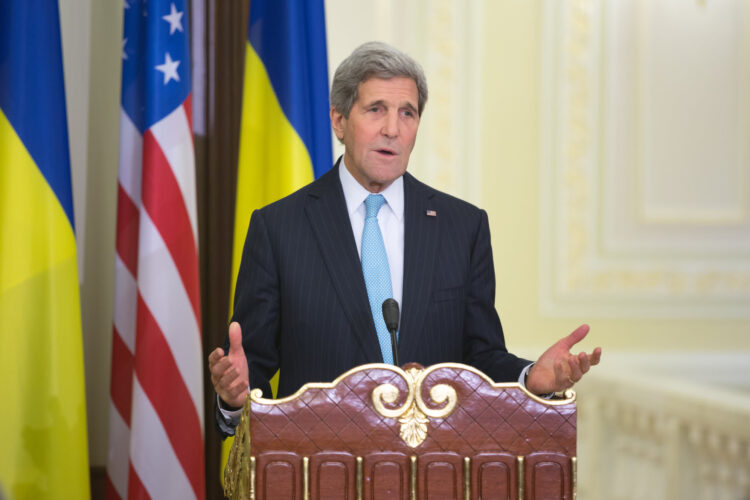 Calling the committee “a bunch of stupid jerks” and saying he “never wanted their dumb award anyway,” an inconsolable U.S. Secretary of State John Kerry demanded that President Obama take military action against the Nobel Committee, as well as the group chosen for the 2015 Peace Prize, the Tunisian National Dialogue Quartet.

Kerry had expected to win the prize for his work in negotiating an agreement between the world powers and Iran over the latter’s nuclear program. After the Nobel Committee announced its decision Friday morning, Kerry barricaded himself in his room and insisted he wouldn’t open the door until President Obama had bombed both the Norway-based committee and the Tunisian Quartet.

“Do they understand how many times I flew to fucking Geneva and how many concessions I made to Iran to win this stupid prize?” Kerry shouted through his bedroom door at reporters. “I mean, is Tunisia even a real country? And what the fuck is a ‘dialogue quartet’?”

Though more restrained, the Iranian government also issued a statement expressing its disappointment over the committee’s decision.

“While we congratulate the Tunisian Quartet, we were hopeful that Iranian officials would win the peace prize,” explained Iranian Foreign Minister Javad Zarif. “We were planning to melt down the trophy and use the molten steel in our nuclear weapons program, but will instead now be forced to purchase this raw material from the Russians.”

As of press time, Kerry had agreed to come out of his room if Obama allowed him to pose for one picture with the president’s 2009 Nobel Peace Prize.