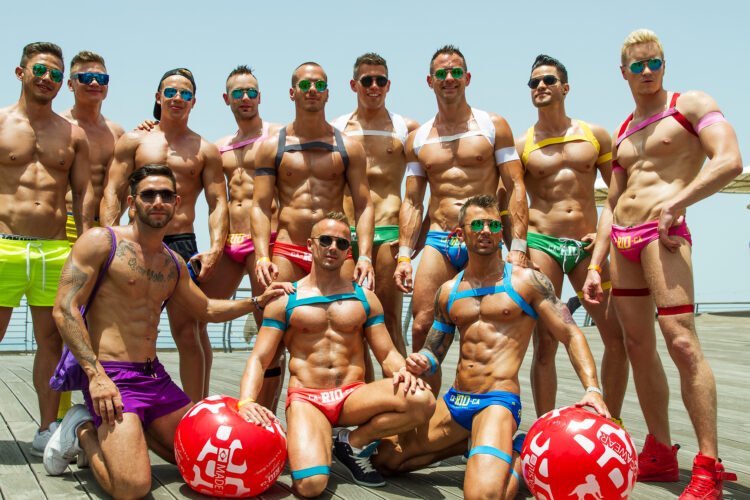 Unbeknownst to many, hundreds of straight men and women were executed in Tel Aviv last week during the city’s annual Gay Pride Week.

One of the most persecuted groups in the Middle East, Tel Aviv heterosexuals live in the shadows year round, as heterosexual relations are banned under the city’s strict “Cher-ia Law.” But during Gay Pride Week, being openly straight in the city is a near death sentence, as heterosexuals deal with public beatings, face imprisonment, or are forced to watch reruns of “Desperate Housewives.”

“In a region that is, for the most part, very tolerant of heterosexuality, Israel stands out as the one country in which straight people are not accepted,” explained Joachim Rücker, President of the UN Human Rights Council, which has passed countless resolutions condemning Israel for its treatment of heterosexuals. “It’s a shame the world does so little to hold Israel accountable for such blatant sexual orientation-based discrimination.”

Gay militias marched down Tel Aviv’s major streets, terrorizing heterosexual residents and businesses in a tradition called the “Pride Parade.” One straight Tel Aviv resident, who refused to give his name, said he spent the previous week making sure his affairs were in order out of fear he wouldn’t live through Pride Week.

“I never listen to Metallica or wear a sports jersey in public because I’m afraid that someone will suspect something,” the man told The Mideast Beast. “Even though I consider myself a Zionist, I’m sometimes jealous of the heterosexuals living freely and openly just a few miles away, in Gaza.”