Kerry Returns to Meddle in the Middle East 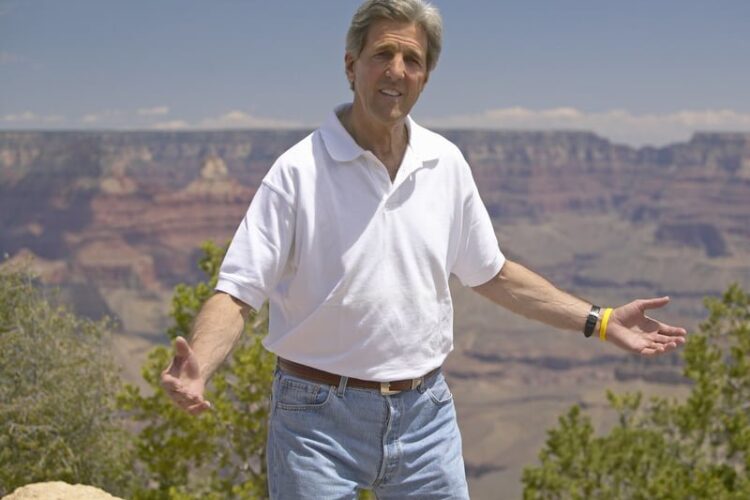 Here’s Johnny!  The master of interference, US Secretary of State, John Kerry announced plans to travel to the Middle East in an effort to create more chaos, cause irrevocable damage to any future Israeli-Palestinian peace process, and rack up some decent Delta SkyMiles®.

Kerry’s goal to calm the current violence, persuade leaders on both sides of the conflict to return to the negotiating table and restart the peace process is delusional at best.

The only thing both Palestinian President Mahmoud Abbas and Israeli Prime Minister Benjamin Netanyahu can agree on is they don’t want him in the region. According to highly unreliable sources, eavesdropping on a recent secret conversation between the two leaders, reported both men could not hold back their amazement at the secretary’s apparent clueless ness over the never-ending conflict.

The source stated hearing Abbas asking, “What’s wrong with this guy? He doesn’t get it. Bibi’s answer, “No. It’s sad. Poor bastard didn’t get that Nobel and don’t forget he lost the 2004 US presidential election to George W. Bush. That’s gotta sting.“

With neither side any closer to resolving differences in spite of years of ongoing efforts, many wonder if Kerry has lost grip on reality. Observers noted he could be paranoid that Putin may step in and give it a shot.

At press time, Kerry is to meet Bibi in Berlin; Abbas, King Abdullah II in Jordan; Trump and Putin in Moscow.