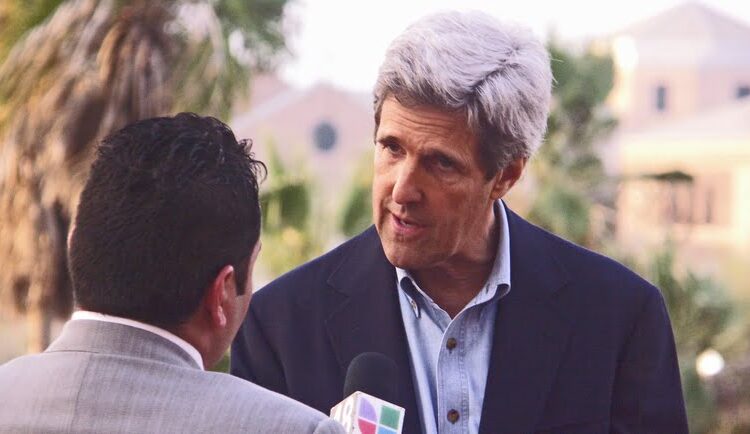 Prevented by his swelled head from attending discussions on the Jerusalem crisis, US Secretary of State John Kerry has unveiled his plan to bring peace to the City of Peace. “John Kerry may not be participating in negotiations,” said Kerry, inexplicably speaking in the third-person, “but that doesn’t mean John Kerry has forgotten about you. You’ve said, ‘what would we do without John Kerry?’ Do not fear! John Kerry has heard you!”

Dubbed ‘The Musical Chairs Plan,’ Kerry proposes that each religion abandon its current holy place and take possession of the one on the immediate right. Jews would surrender the Wailing Wall for the Church of the Holy Sepulchre. Coming down from the Dome of the Rock, Muslims would pray at the Wall. Christians would take over the newly emptied mosque. Asked whether he thought the plan might face objections, Kerry shrugged. “When John Kerry ran for President and got so close to winning that his wife ordered commemorative White House Ketchup bottles, he went to lots of churches, synagogues, even a place where they worshipped a head of lettuce. They’re all pretty much the same.”

Religious leaders proved less enthusiastic. “Of course, Kerry would give the Christians the view and leave us without a roof,” said Mufti Ahmed Ibn Bubbi. “Fucking Kerry.” Rabbi Shteym Chaim said, “I’m told that this Church doesn’t even have a separate women’s entrance. Fucking Kerry.” The heads of the six Christian denominations who govern the Church were unable to stop beating each other long enough to comment. However, during they paused their melee and chorused “Fucking Kerry.”

Kerry was asked if he saw this plan as perhaps a model for a broader peace. “Why not? Everyone knows that John Kerry is a man of vision.”