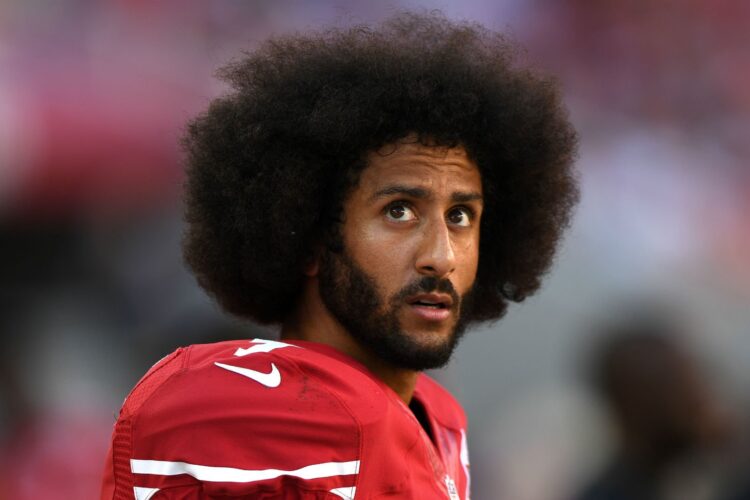 Image from The Source in "NFL Talk" at http://bit.ly/2xnAjBf

Former NFL quarterback and full-time activist Colin Kaepernick has taken another controversial stand, announcing that he now plans to give up football and devote himself to hunting bald eagles to protest US military action in the Middle East.

“While America invaded Iraq and Afghanistan and killed billions of innocent African (sic) children, these stupid birds had no problem masquerading as symbols of American arrogance,” Kaepernick wrote on Facebook, captioning a picture of the former San Francisco 49er holding a dead bald eagle and a shotgun. “I won’t stop my activism until the army leaves the Middle East or every last one of these eagles is dead.”

While Kaepernick’s targeting of an endangered species left most Americans horrified, the controversial star – who has made headlines for protesting the national anthem, comparing cops to pigs, and celebrating late Cuban dictator Fidel Castro – won himself even more acclaim in the media.

The stunt almost won Kaepernick, who went 3-16 in his last two seasons, an NFL job, as the Dallas Cowboys noted that the Eagles were a division rival. But their offer was withdrawn after Kaepernick’s girlfriend Tweeted a meme comparing Cowboys owner Jerry Jones to Skeletor from the Masters of the Universe franchise.