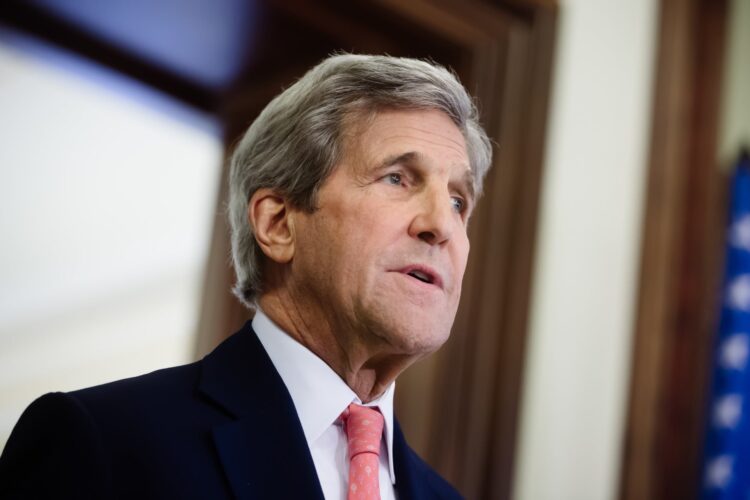 WASHINGTON D.C. — Following  Secretary of State John Kerry’s statement that air conditioners are as big a threat to life as we know it as ISIS, the militant group has declared war on all electrical equipment that makes the air inside a building, room, or vehicle colder.

“Air conditioners are causing glaciers in the Arctic to melt, sea levels to rise, and Jewish women to breed uncontrollably. We all have to share this planet, preferably with you in our cages. Since Earth has rights too, to live without pollution, we proudly join the international community’s struggle to eliminate all hydro fluorocarbons. Hey, has anyone seen my nine-year-old bride?” ISIS leader Abu Bakr al-Baghdadi stated today.

RELATED: Kerry Urges Israelis to be Less ‘Stabbable’ in Light of Recent Attacks

Evidently, ISIS has a long history of supporting environmentalist causes.

“We were the first martyrs to use cotton mesh bags for carrying around the bloody, severed heads of adulterers, Christians and homosexuals. And before John Kerry was even an itch in his daddy’s pants, we were using eco-friendly Hemp rope to hang infidels by their sweaty little gonads,” al-Baghdadi reminisced.

The World Health Organization promptly commended ISIS for building a carbon-neutral workplace. Meanwhile, the WHO condemned Israel for the Zika Virus, some Malaria outbreaks, all cancers, Mad Cow Disease, the common cold, male pattern baldness and most diarrheal diseases.