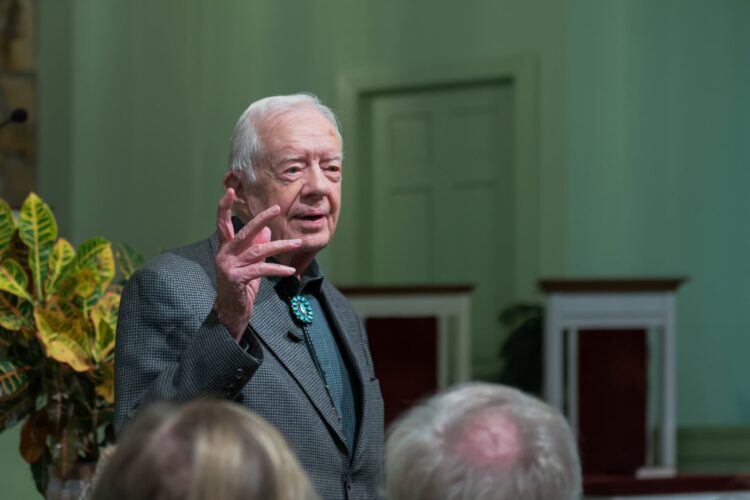 Former US President Jimmy Carter has reportedly offered the Jews his highly coveted homemade peanut butter if they give up Zionist imposed slavery and return to freedom in Egypt. The unconventional offer comes after Carter recently criticized President Trump’s “Deal of the Century” Middle Eastern peace plan.

Jimmy Carter spoke to The Mideast Beast from his decaying farm while promoting his new book “Palestine: Peanut Peace, not Trump Apartheid”.

“President Trump’s peace plan endangers the implementation of a fair and lasting two-state solution with one PLO state and one Hamas state living in peaceful harmony at each other’s throats. In addition, it risks transforming Jews into spoiled, overweight couch potatoes. Let’s be honest, Jews always felt most free when they were camping in illegal settlement outposts in the Egyptian desert. Since I brokered peace between Egypt and Israel, Egyptians have been waiting eagerly for the Jews to return to Egypt to renovate the pyramids. My parting Peanut Sea will greet the Jews if they dust off their old Passover camping equipment and return to their carefree traditional Wandering Jew status.”

“Carter’s plan is interesting. Once the global coronavirus circus is over, the EU’s focus will return to what really matters in world affairs: labeling illegal Jewish settlement goods from the Zionist-occupied Land of Peanut Allergic Pharaohs.”