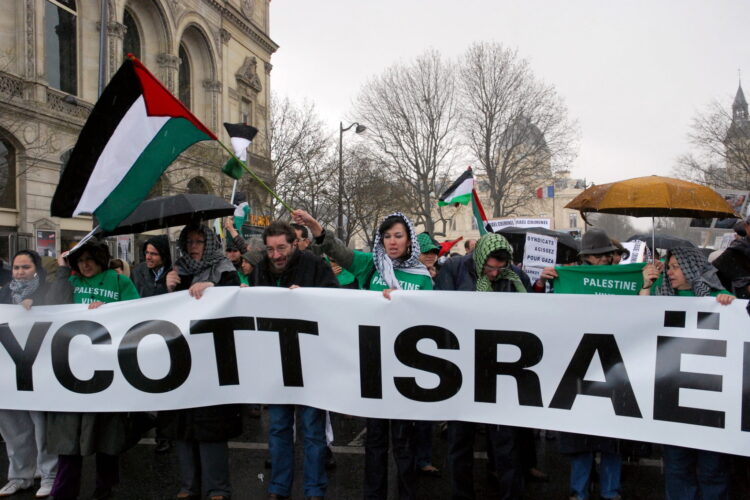 In a retaliatory new strategy to fight European countries’ endorsement of a BDS boycott of products made or produced in the West Bank, an anti-BDS movement is being launched by Israel to shun products from the Left Bank in Paris.

The embargo officially begins with products from the Left Bank of the River Seine in Paris and will roll out in phases to include all of France.

‘Boycott the Boycotters’ founder Reuven Avraham spoke to The Mideast Beast, “The strategy is simple. Buying products made by France and those entities that make products in France or outside of France and directly or indirectly support France, you are contributing to the pro-French movement. That includes their complex but drinkable wines, incredible range of cheese, and sexy fashion.

“We are also refusing to French kiss a French girl over a plate of French fries. And we certainly won’t be having French toast with them the next morning in bed after we’ve used up a box of French ticklers and her French maid outfit is crumpled on the floor….Shit, this might be harder than we thought…”

“On reflection we may start somewhere easier. Does anyone know is there’s anything worth having on the West Bank of the Mississippi?”