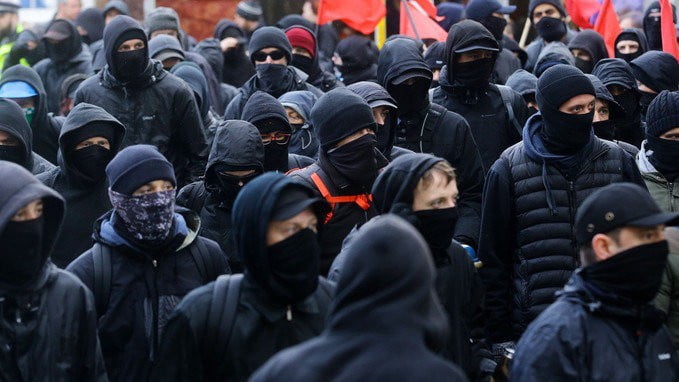 After drawing intense criticism for blocking traffic in Portland, Oregon and attacking an elderly man, the left-wing Antifa organization has agreed to attend training sessions on civil governance led by the Islamist militant group ISIS.

“While mercilessly attacking your critics, inflicting random acts of violence and terrorizing innocent civilians is a great start, it is not a long-term strategy,” ISIS leader Abu Bakr al-Baghdadi explained. “Eventually, the population will turn against you and team up with the Turks and Kurdish militias to drive you into the desert.”

Antifa leaders will travel to Iraq for a week-long seminar on how to force a radical anti-Western ideology on a hostile population.

“We have looked towards groups like ISIS and al Qaeda for ideological inspiration, uncritically adopting their values towards free speech, Western civilization and the Jews,” an Antifa leader told The Mideast Beast. “Now, we are asking them to teach us restraint.”

After meeting Antifa’s leaders and supporters, however, some ISIS members had second thoughts about aligning themselves with the group.

“When I asked one of the mujahideen why he was devoting himself to jihad against the infidels, he said it was because someone on Twitter assumed his gender,” one terrorist explained. “Frankly, I think these guys might just be pussies.”