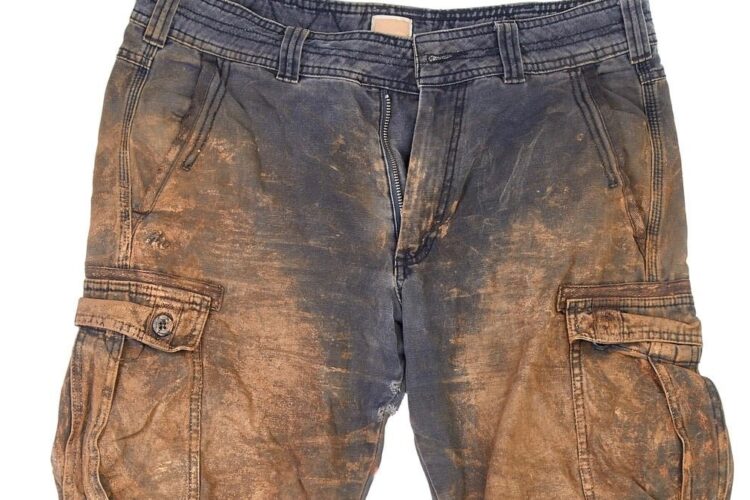 The Islamic State has finally come up with a solution to its financial problems, as the department store Nordstrom has agreed to pay hundreds of dollars per item for pairs of soiled jeans worn by the group’s fighters.

“After we lost our access to oil and ran out of priceless art to sell, we were so broke we thought we might have to shut down shop,” ISIS leader Abu Bakr al-Baghdadi admitted. “But then we saw that those infidels at Nordstrom were selling crap-covered jeans for hundreds of dollars, and the light bulb just went off.”

As luck would have it, three ISIS fighters killed days earlier by wild boars had shit themselves moments before they died. Baghdadi sold their garments for a sum of $1,000, and soon a funding pipeline was born.

“Thanks to the will of Allah, many of our mujahedeen shit themselves when confronted by enemy forces or by livestock,” Baghdadi said. “With Nordstrom paying such a premium for these garments, that means cold, hard cash.”

Nordstrom, meanwhile, has been selling the jeans for $425 per pair, with shoppers paying a premium to “achieve the look of a fierce warrior willing to empty his bowels fighting for the caliphate, all without leaving your living room.”