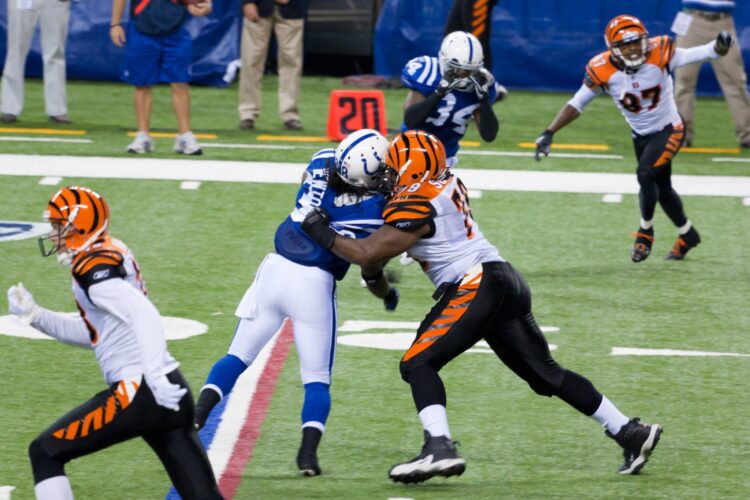 Football games will replace limb-severing as the Islamic State’s preferential form of capital punishment for infidels, according to a decree recently issued by the-still-alive ISIS leader Abu Bakr al-Baghdadi.  The new practice was agreed upon following the publication of a new study which indicates 99% of professional NFL players sustain permanent degenerative brain injuries as a result of repeated blows to the head.

“Like the American health care system, laissez-faire capitalism and McDonald’s, football is a method of infidel self-destruction created by Allah to help us in our Jihadi quest,” reads the decree. An in-depth explanation for the decision was given by al-Baghdadi during a press conference last night:

“Our prisoners already have squirrel-sized brains. This study shows that if they take a few savage blows at each other’s noggins they’ll end up with the IQ of a mentally retarded Shi’ite. That’ll make using the women as sex slaves and the men as free Caliphate-building labor much more fun. Also, all that running around will tone their muscles: hello! hot mentally disabled white girls!”

ISIS originally planned to replace traditional footballs with hunks of steel covered in barbed wire but stopped short when the NFL threatened to sue them for misappropriation of the game. The League, however, is in complete accordance with the group’s other plans, saying: “although we do not condone ISIS, we do support brutal violence for entertainment purposes. We hope this will help our beloved game gain traction and popularity in regions outside the US.”