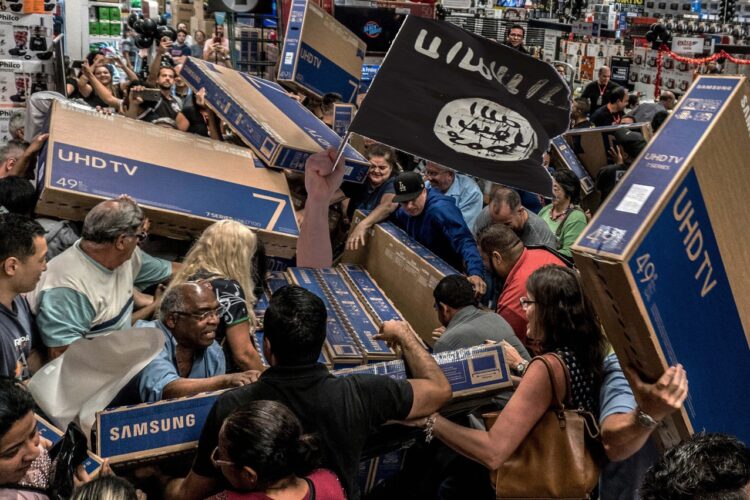 Al-Qurashi, who traveled to the United States specifically for the sale, arrived at Walmart to find a long line had already formed outside the store, while just a limited number of highly-discounted flat screen televisions were for sale. He tried to force his way to the front of the crowd but was soon crushed by a mob of determined American shoppers.

“All he wanted was an LG 55-inch 4K Smart TV so he could watch YouTube videos of his friends’ executions in high def, and these primitive, barbarian shoppers trampled him to death,” said one of Al-Qurashi’s friends and fellow jihadis, who witnessed the event from the Walmart parking lot. “These Americans just have no respect for human life.”

The tragedy yet rose to another level as the television itself was also destroyed in the stampede. 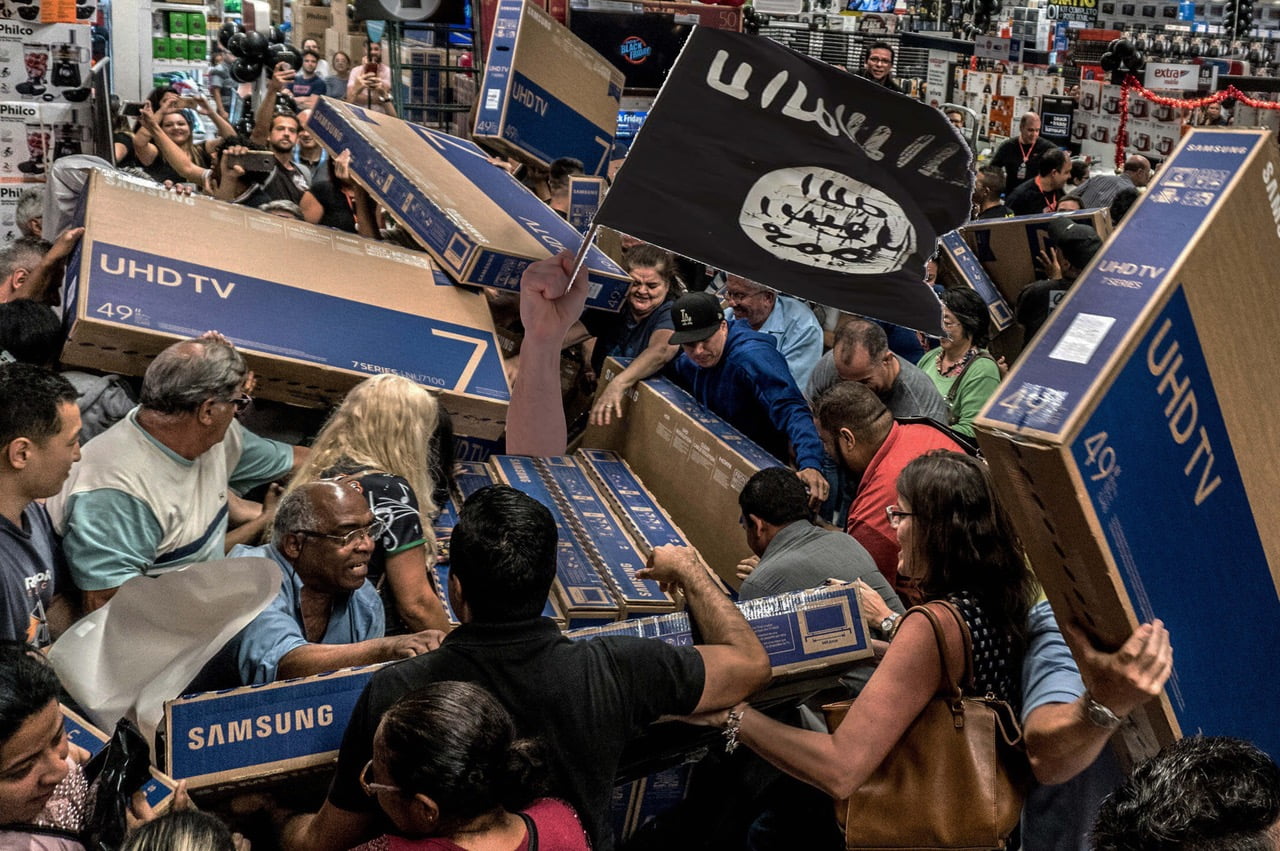