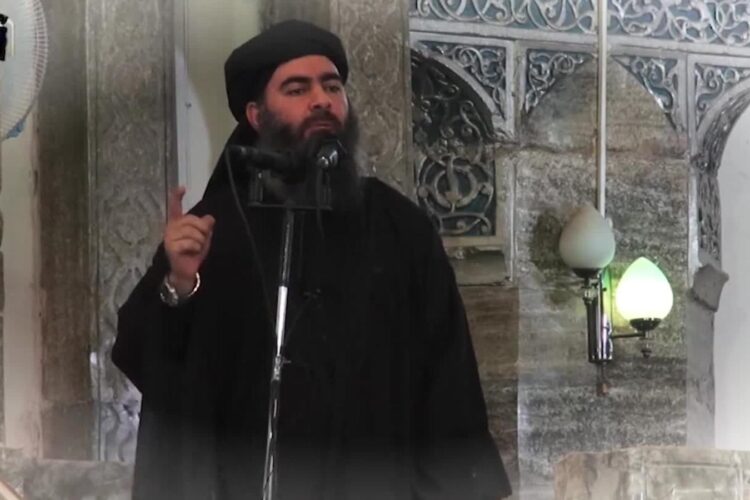 ISIS Caliph Abu Bakr al-Baghdadi has drawn criticism from across the political spectrum for his performance at the annual Caliphate Correspondents’ Dinner, with many observers calling his speech offensive.

Baghdadi’s performance began well, with jokes about his terror group’s diminishing territory. “I know things haven’t been going so well for us recently,” Baghdadi acknowledged. “Even Toys R Us called us to offer condolences.”

But when he turned his attention to US President Donald Trump, Baghdadi’s speech turned from light-hearted satire to mean-spirited fat-shaming. “So the US says it’s going to make Kim Jong Un get rid of all his atomic weapons, but have you seen the guy? I doubt he’d even give up his atomic wings,” Baghdadi said to groans from the audience. “And Trump doesn’t look much better. I heard he just fired [Defense Secretary] Mad Dog Mattis and appointed Colonel Sanders!”

Things just got worse from there. Baghdadi turned to Gaza, where protestors on the edge of the strip have burnt tires to obstruct the vision of Israeli snipers. “You know, when we burnt tires,” Baghdadi reminisced, “they had people inside them.”

Once again, however, the tone shifted from fun to offensive, as Baghdadi resorted to bald-shaming the Israeli prime minister. “Israel says it shot those Palestinian journalists because they posed a threat,” Baghdadi said. “But I suspect they somehow found out that Bibi [Netanyahu]’s hair is a combover.”

While many on Twitter defended his antics, even some of his most vigorous defenders were forced to draw the line.

“As an oppressed minority himself, Mr. Baghdadi’s vicious attacks on other marginalized individuals is truly shocking,” a statement from the Southern Poverty Law Center read. “Maybe Maajid Nawaz was right about these towelheads.”

The ISIS leader wrapped up his act with a plea to Western civilization’s most divisive character. “Kanye, I know that me and my mujahedeen also have dragon energy, but please, please, don’t become an ISIS supporter,” Baghdadi said. “I want to be remembered as a Caliph, not a side character on Keeping Up with the Kardashians.”