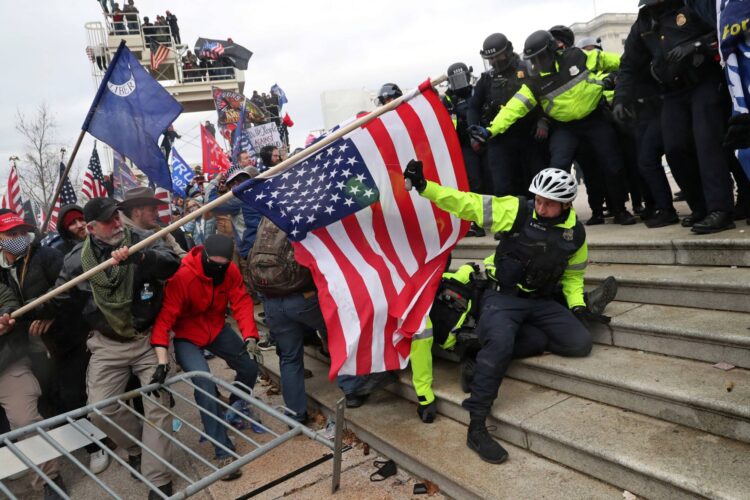 Image credit to The Japan Times in “How could the storming of the U.S Capitol have even occurred?” at https://bit.ly/3p1XFFc 20 Jan 2021

With partisans in the US arguing over whether Antifa or supporters of President Trump are to blame for the storming of the US Capitol, leaders of the Islamic State terror group are reportedly downcast that no one has even thought to accuse them of leading the attack.

“Five years ago, if someone lit a firecracker in a Hooters parking lot, Fox News would be saying, ‘This must have been ISIS!” Abu Ibrahim al-Hashimi, the group’s leader, told The Mideast Beast. “Now, a group of bearded men launch a coordinated attack to capture and kill Republican members of Congress and everyone is like, ‘I bet it’s the Boogaloo Bois.’”

Hashimi said he was particularly surprised that Trump and his supporters blamed Antifa, rather than radical Islamic terrorists, for infiltrating the protests and spreading violence.

“We beheaded hundreds of people and established a Caliphate the size of France,” he noted. “Aren’t we a little bit scarier than these purple-haired 30-year-old skinny white dudes who break windows and throw milkshakes at journalists?”