ISIS Condemns Civilian Casualties in Iraq and Syria as “Too Corporate” 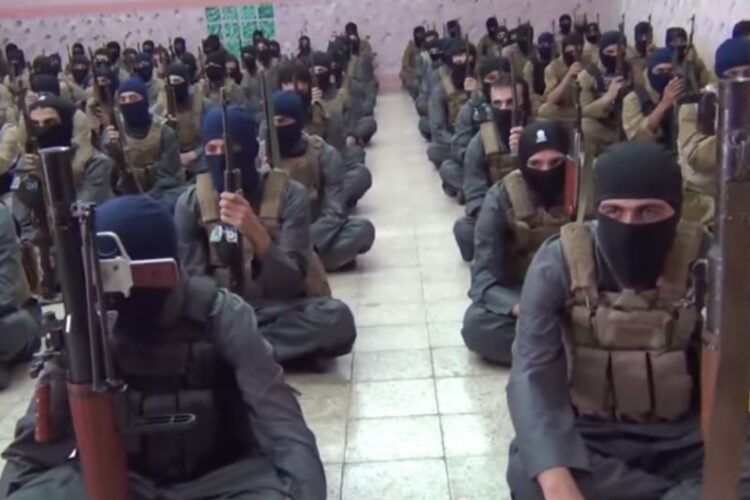 Image (from video) found at The Times of Israel in "New video shows Islamic State training camp in Iraq" (http://bit.ly/2oLaHrW)

Earlier today an Islamic State spokesperson condemned coalition airstrikes in Iraq and Syria, and the resulting collateral damage as “too corporate”, taking a drag from a hand rolled cigarette and saying, “we turned killing civilians into our own brand before it was cool”.

The Islamic State has become notorious for the gruesome ways in which it has killed civilians and prisoners of war, such as when they lit a captured Jordanian pilot on fire and released the video on YouTube. The spokesperson condemned America saying: “We reject America’s industrialization of mass-produced civilian casualties through the corporate war machine.”

When The Mideast Beast reached out to the Islamic State public relations office for a comment on what they meant by this we received their marketing brochure that claims, “Our brand is about artisanal, hand crafted, locally sourced, civilian casualties; none of that imported stuff”.

The brochure also spoke to the Islamic State’s plans for expansion: “We’ve started expanding to other markets as well, such as Nigeria and Sinai; we are hoping to bring our brand of misery all over the world while still being committed to maintaining that local “executed by your mom and pop” feel.

Smaller Islamic groups have criticized ISIS, claiming they have “sold out”, with one fighter saying: “I really liked their earlier stuff, but then they started monetizing their YouTube channel and taking money from the Saudis and Big Jihad. Total sellouts”.