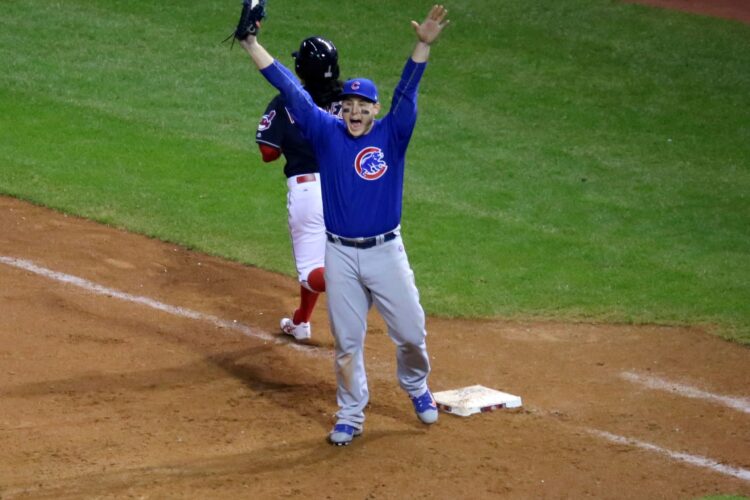 Saying that it “must be a Zionist conspiracy,” ISIS leaders are reportedly furious that the Chicago Cubs’ first World Series Championship since 1908 has made the terrorist group’s re-establishment of the caliphate after a 90-year wait seem unimpressive in comparison.

“Now all we ever hear about is how the Cubs broke their curse, and how their fans have suffered for soooo long,” complained one ISIS leader. “Our fans suffered for pretty long too. Not 108 years or anything, but still, a long time.”

When ISIS declared its Caliphate in June 2014, it marked what its supporters viewed as the first Islamic Caliphate since its Ottoman predecessor was disbanded in 1924. “For 90 years, the followers of the Sharia [Islamic law] have been forced to endure pain, sadness, and emptiness,” Caliph Abu Bakr al-Baghdadi said at the time. “Only fans of the Chicago Cubs baseball team have had it worse.”

On Thursday, many former ISIS supporters had abandoned the terrorist group and jumped onto the Cubs bandwagon. In Raqqa, ISIS’s de facto capital city, many of the men had swapped their turbans for Cubs caps while the women had shed their burkas in favor of Kris Bryant jerseys. By Friday morning, al-Baghdadi had issued a fatwa against Cleveland Indians reliever Bryan Shaw, who gave up the winning runs in the tenth inning of Game 7.

“It has to be a Zionist conspiracy,” al-Baghdadi huffed. “Shaw sounds Jewish, doesn’t it?”