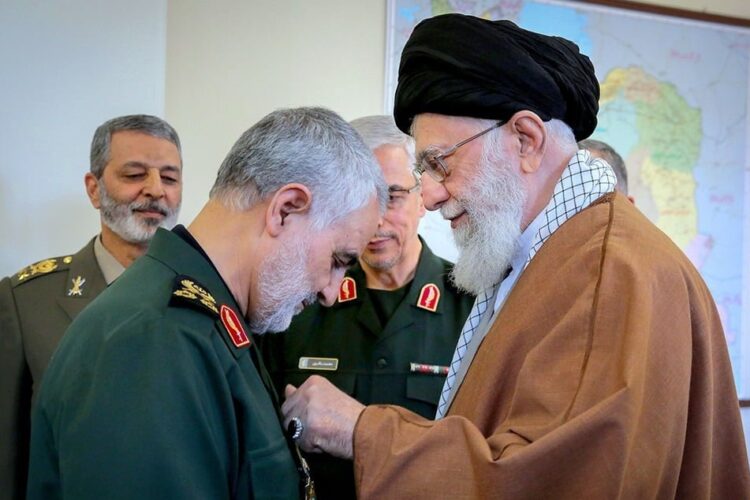 It’s been well over a month since Trump’s decision to play whack-a-mole with Iran’s exalted general, Qasem Soleimani. Since then, Iranian troops and Shiite militiamen alike are saying they’re having a bit of trouble adjusting to their new boss, Esmail Ghaani. Hezbollah troops were the first to raise some eyebrows about some of the new office policies that Ghaani instated, starting with travel expenses and being a stickler for having receipts.

One Hezbollah fighter complained that he wasn’t getting reimbursed for gas after an airstrike destroyed his Toyota pickup because his receipts were in the glove box. “You’d think with all this new paperwork, we’d have a “lost my receipt in an airstrike” form, he complained.

A member of a Shiite militia in Iraq said that he was disappointed with the direction that Ghaani was going since the airstrike that took their beloved leader. “He made a big splash with the whole ‘we’ll hit them back in a manly way’ bit, but since then it’s been a lot less ‘spreading the Islamic revolution to the corners of the earth’ and a lot more ‘spreading paperwork back to HR’”.

Still there is hope that Ghaani will be able to make some progress against the Great Satan and Israel, with a Quds officer commenting that “if he is half the terrorist on the battlefield that he is with these TPS reports, we’ll be driving the Jews into the sea in no time. If not, I’m pretty sure I caught that beer virus and I’ll be more than happy to go on a sneezing fit when I see him later this week.”