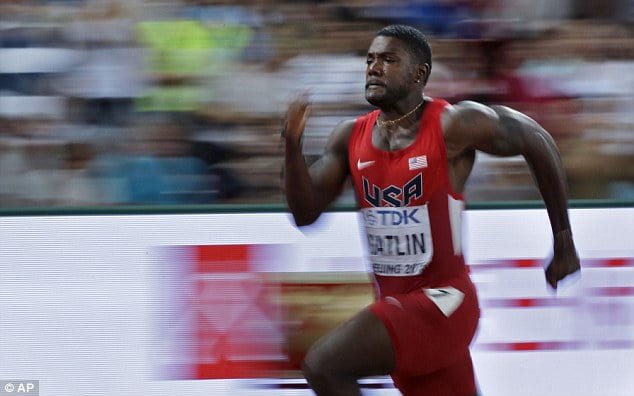 American sprinter Justin Gatlin, who took the gold medal at the World Athletics Championship, defeating Usain Bolt in the world-record holder’s final race, has been recruited to the Iranian Revolutionary Guard.

Gatlin was flattered when Ayatollah Ali Khamenei came to him personally, wielding the athlete’s favorite chocolates and a bouquet of flowers. Although Gatlin was made to publicly renounce his gold medal and the ‘American decadence’ it stood for, he said the Khamenei gave him “an offer he couldn’t refuse”.

Khamenei stated that Gatlin’s speed was more powerful than any nuclear warhead, before backtracking and insisting that their nuclear program was “peaceful, like a dove”.

“The best thing about it is that we are unlikely to face international sanctions, although you never know with those Western reprobates on the Olympics Committee,” commented the Supreme Leader. However, he also confessed his excitement at the prospect of working with a sentient weapon. “It’s nice to have a weapon with a personality,” the Supreme Leader revealed in a candid interview with The Mideast Beast.

The Saudis described the move as “flagrant provocation”. King Salman, however, has since been spotted at a shot-put tournament, laughing manically as he watched from the stands.