Iranian Nuclear Talks Collapse Over Disagreement on Color of Dress 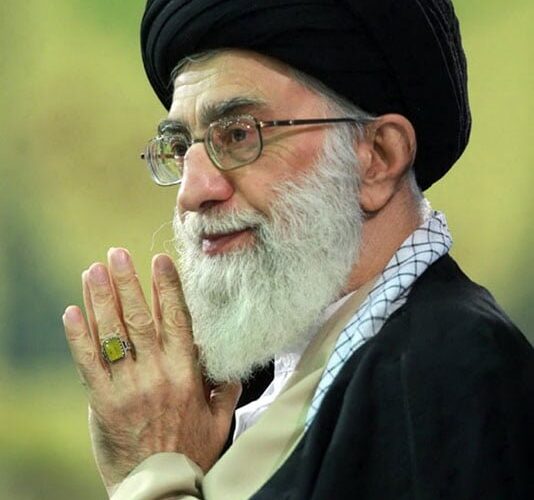 Efforts by the United States to reach a negotiated agreement on Iran’s nuclear program came to a bitter end Friday, as the two sides broke off talks after a dispute over the color of a dress pictured on Tumblr.

A deal was on the verge on being signed, according to sources from both nations, when Iran’s Ayatollah Ali Khamenei stumbled upon a picture of the dress and remarked innocently to U.S. Secretary of State John Kerry: “This is a lovely black and blue dress.” Kerry initially believed the comment to be a case of a botched translation but soon learned the Iranian Supreme Leader was indeed adamant that the dress was black and blue.

“It’s now clear that the Ayatollahs cannot be trusted. If they could lie about the color of a gold and white dress, what is to stop them from lying about the purpose of their nuclear program?” Kerry said as he boarded a plane to return to the US. “I guess we owe [Israeli Prime Minister Benjamin] Netanyahu an apology.”

Feelings of mistrust appeared to be mutual, as Iranian officials insisted they would never again try to negotiate with the West.

“We were willing to forgive the infidels for launching the 1953 coup, shooting down our commercial aircraft, assassinating our scientists, and Salman Rushdie, but to lie about the color of a dress?” Khamenei explained. “We even showed them other pictures of the same dress. I guess they were never truly interested in rapprochement.”

The actual color of the dress could not be verified by The Israeli Daily, as by press time it had been destroyed by ISIS militants. An ISIS spokesman said the dress was found to be non-Islamic, adding “but before we burnt it, it was clearly white and gold.”