Iran Forced Captured US Sailors to Do the ‘Macarena,’ New Video Shows 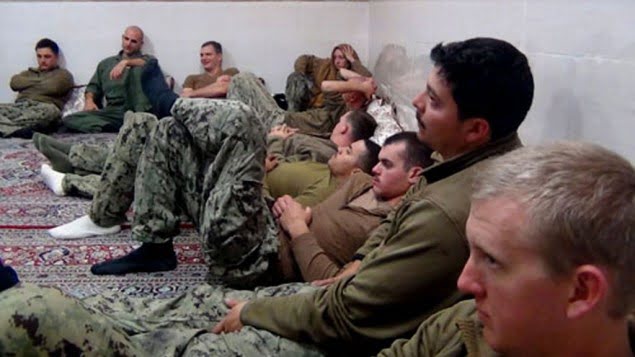 Courtesy (and sole property) of The Times of Israel, found at http://bit.ly/1UYxutk

In a development sure to enflame tensions between the U.S. and Iran and to embolden critics of the Obama administration, a video released on Iranian State TV Saturday showed 10 captured U.S. sailors forced by their captors to do the “Macarena” on camera.

“The Iranians’ humiliating actions show just how much damage this administration has done to our nation’s pride,” Republican Senator and presidential candidate Marco Rubio said in a statement. “Under my presidency, our military will never be forced to perform embarrassing 1990s dance routines for the entertainment of Islamic extremists.”

Secretary of State John Kerry, however, defended the Iranians’ treatment of the American soldiers, calling the video a case of cultural differences and saying the soldiers’ treatment would have been far worse without the nuclear deal.

“While the ‘Macarena’ may no longer be hip in our country, Iran is decades behind culturally and its government probably felt it was bestowing a great honor upon our troops,” Kerry told The Mideast Beast. “If not for our improved relations due to the nuclear deal, our soldiers may have been forced to perform the Chicken Dance, or worse.”