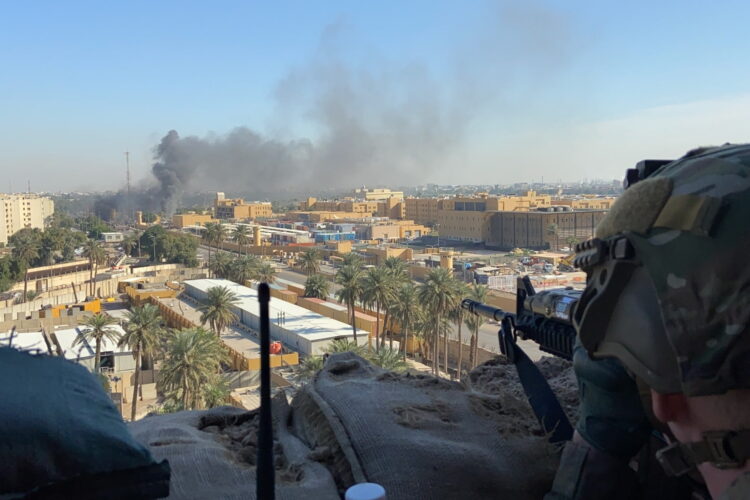 Iran has admitted that it “unintentionally attacked” the US Embassy in Baghdad in December 2019. The dramatic U-turn admission comes after Tehran also admitted that it recently accidentally shot down a Ukrainian commercial airplane just after takeoff from Imam Khomeini International Airport .

Iran’s Foreign Minister Mohammad Javad Zarif told The Mideast Beast: “Iran unintentionally attacked the US Embassy in Baghdad. This human error happened due to strain and stress caused by the dangerous American adventurism in the Middle East. Anyone can make honest mistakes. Remember when Germany’s quest for a less confined habitat accidentally triggered two world wars?”

A senior Iranian regime official, who recently defected to a Pakistani upper-class neighborhood called Abbottabad, spoke to The Mideast Beast on condition of anonymity: “The Islamic Republic is led by well-meaning zealots who can err like any other reasonable humans.”

Since the Islamic Revolution was launched forty years ago, Iran has accidentally attacked US forces, exported terrorism worldwide, intervened in Afghanistan, Lebanon, Iraq, Syria and Yemen, and unintentionally threatened to wipe the Zionist entity off the map. It’s the Middle East. Shit happens.”