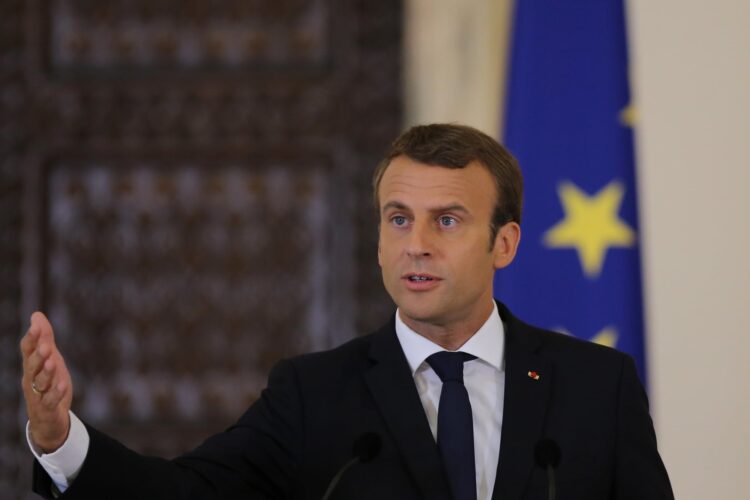 More than 40 world leaders gathered at the Yad Vashem Holocaust memorial center in Jerusalem last week to commemorate the Holocaust and the 75th anniversary of the liberation of Auschwitz.

”Those who died oblige us to tell the truth… All of us [are] determined to work against [Holocaust] denial…” French President Emmanuel Macron told the gathered presidents, prime ministers and monarchs.

During his visit to Israel, Macron met with Mahmoud Abbas, leader of the Palestinian Authority. In 1984, Abbas published his Ph.D. which claimed that the Nazis killed “less than one million” Jews and raised doubts that gas chambers were used, citing famous French Holocaust denier Robert Faurisson, who said that the gas chambers were the biggest lie of the 20th century and was repeatedly prosecuted.

The Mideast Beast asked Macron why, in the wake of his commitment to work against Holocaust denial, he had met with the Holocaust denying Abbas, even posing for pictures in which he held Abbas’ hand in a way that reportedly made Mrs. Macron visibly “uneasy” and “fraught with envy” according to unnamed sources.

“No one has the right to invoke those killed by the Nazis to justify division or contemporary hatred against Abbas”, Macron said. “Holocaust denier or not, Abbas is really just a scared boy hiding inside the skin of an old terrorist. When I held his hand tenderly in Ramallah I felt this very strongly”.

Macron added: “We had a wonderful Holocaust memorial ceremony, you did a great job, I would even say ze best. But everybody knows the rules. Please respect the rules as they are for centuries: Keep calm and hate Jews”.