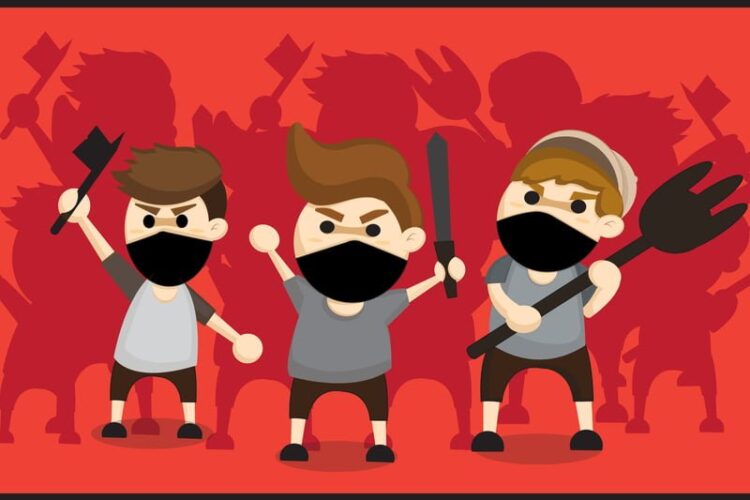 A number of European cities have recently seen an upsurge of brave young men banding together in order to search for their city’s Israeli Gold.

Having staged successful searches in European capitals such as Paris, Copenhagen, Rome and others, the band of explorers recently turned their sights to London, the capital of the civilized world.

Being tipped off as to a group of Israelis huddling secretively in a building, the youths knew this was the signal to act. Carefully removing the door and launching parts of it towards the mob inside, they announced their entrance and what they sought in slightly raised voices.

According to their records, some less than polite words were used as a last resort, but they assured us this was due to non-compliance.

Upon battling with the Israelis, it was clear that they were not much of a match for the group. They had no weapons, and it seemed that the assumed element of surprise had been all in vain – the gold had been hidden too thoroughly in the building.

Enraged by this sneakiness, the group began frantically searching in prayer books scattered about. Finding none between the pages, they turned to search the furniture, and question the people.

The group was further irritated by the Israelis pretending to be from the UK, and stubbornly referring to themselves as ‘Jewish’. As one brave lad told The Mideast Beast, “They kept whining, that there weren’t no gold here, they weren’t Israeli and they were in the middle of praying. What fucking liars.”

“Is it any wonder everyone hates them?”