On Holocaust Day, Israel Announces 5 Stars to Be Added to Flag so “World Never Forgets” 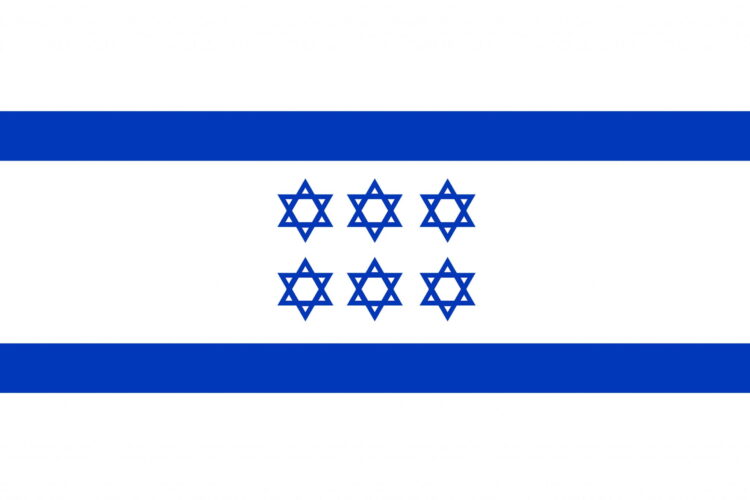 JERUSALEM ­ – In tribute to the six million victims of the Nazi genocide of European Jewry, Israel’s government announced today that five more Stars of David would be added to its national flag.

Speaking at an event commemorating Yom HaShaoh – Israel’s official Holocaust Remembrance Day – Israeli Culture Minister Miri Regev said: “This way, no one will ever forget that the Nazis butchered six million Jews as the world stood by and did nothing. Bubkes. Zilch. Besides, I always thought the one star always looked kind of lonely against all that white.”

“As an added reminder of the evils of anti-Semitism, we’ve also decided to change the color of the stars themselves: instead of Dark Sky Blue, we’re going for Auschwitz Yellow,” said Regev. The rightist minister then alleged that the European Union, the United Nations and the Obama Administration were plotting with Iran to “perpetuate a second, Infinitely Final Solution,” shouting from the lectern: “You see? Only the Zionist state will defend the Nation of Israel from the world’s unquenchable thirst for Jewish blood!”

“Moreover, we see the six stars as not only symbolizing the Holocaust’s victims, but also the six million Jews now thriving in the Land of Israel,” Regev continued. When asked by the Mideast Beast about the country’s additional two million-plus non-Jewish citizens, her fellow cabinet member, Justice Minister Ayelet Shaked, butted in: “Who, those terror-supporting Mahmuds? Why should we honor them on our saintly national flag? No way – they should thank their lucky stars that the democratic Jewish state even allows them to live!”