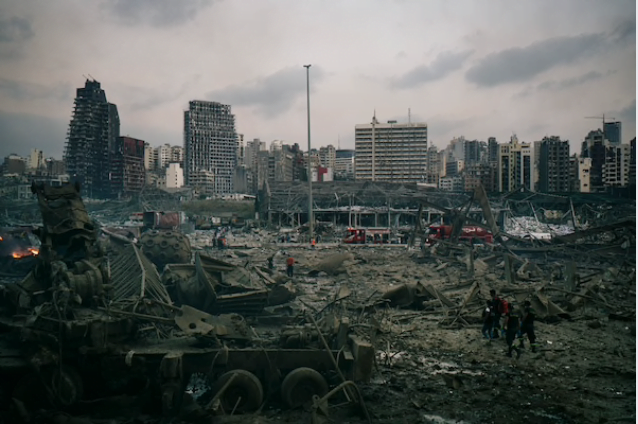 Image from The Nation at https://bit.ly/2F1ckhK

Vowing to rebuild what the country had lost, Hezbollah Secretary General Hassan Nasrallah delivered a heartfelt speech Thursday marking the tragic loss of thousands of tons of explosive material during the August 4 explosion at the Port of Beirut.

“Believe me when I say that nobody feels this tragedy more than me and my fellow Hezbollah members,” Nasrallah said in a recorded video. “Like anyone else, all I could think about as I watched the horrifying video of the explosion was how many millions of kilograms of explosive material had been destroyed, and how many bombs could have been made with that material.”

Nasrallah ended his video on a message of hope, promising to either rebuild the port or find another gateway to illegally smuggle weapons into the country.

“We will not rest until every ounce of explosive material that was destroyed has been replaced and is once again stored haphazardly near a dense population center filled with innocent civilians,” Nasrallah promised. “And we will fight with every fiber of our being those who try to use this tragedy as an excuse to replace our country’s political leadership with competent and accountable governance.”