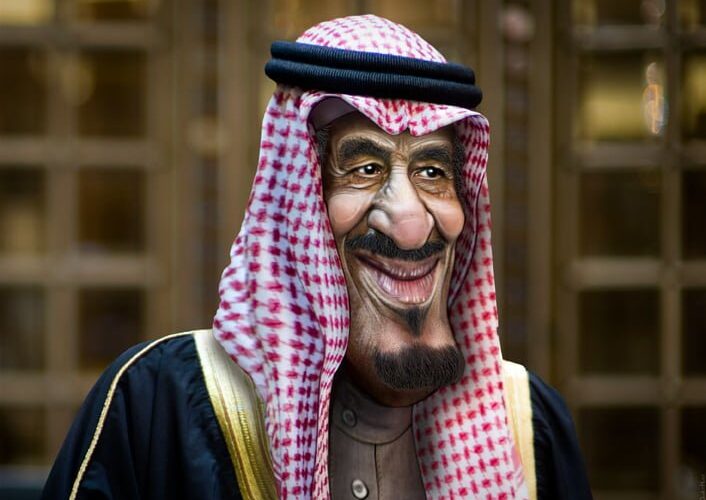 Based on the testimony of multiple unreliable eye-witnesses, The Mideast Beast can exclusively reveal that Salman bin Abdulaziz al Saud – his beard dyed blonde, his usual keffiyeh replaced with a studded biker’s cap and his eyes hidden behind Ray-Ban Aviators – entered popular gay vegan bar ‘The Split’ surrounded by bodyguards before stripping down to a skimpy jockstrap, exposing his furry chest and surprisingly firm buttocks.

The aging monarch then began seductively dancing with fellow patrons. “In between enthralling us with his belly dancing prowess and snorting cocaine off a young twink’s erect penis, he kept joking about how he executes Saudi citizens for merely watching ‘Brokeback Mountain’ on YouTube,” recounted one of the bartenders. (Same-sex relations are illegal in the archconservative Islamic kingdom).

Salman, who repeatedly asked other revelers if they wanted to see his allegedly 21-inch “Majesty,” was also overheard reminiscing about “the good old days, when I used to come to Tel Aviv to party it up with Gaddafi and Arafat, may their closeted souls rest in peace.”

Another witness, an American tourist named Shlomo Zilbersteinvich, said that the king was later seen opening his heart – along with a certain other body part – to a fellow religious man from the ultra-Orthodox Israeli Jewish city of Bnei Brak, which the Brooklyn native described as “a truly remarkable step toward peace in the Middle East.”

According to Zilbersteinvich, Salman then “ordered Halal chicken wings, but the waiter told him that he couldn’t have any since the bar’s owner loves all of God‘s creatures, and thus serving meat dishes would violate his ethics.” A perplexed King Salman then turned to his bodyguards and asked, “What in the name of Allah are ‘ethics’”? 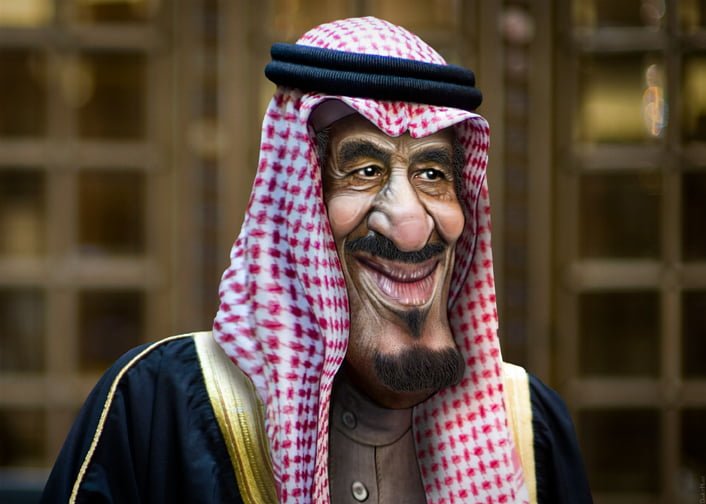