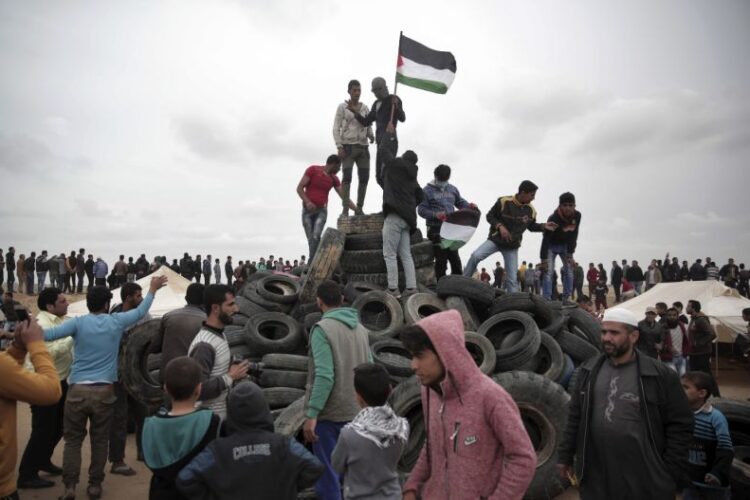 Image from Yahoo at https://yhoo.it/2IRluOb

The Palestinian Islamic Resistance Movement, previously known as Hamas, has agreed to change its name to “Unarmed Protestors,” saving scores of newspaper editors and humans rights organizations from being forced to issue corrections.

The name change comes after Hamas admitted that most Palestinians killed last week on the Gaza border were members of the militant group, contradicting claims in publications like the Washington Post as well as from politicians including Bernie Sanders. Media and other organizations that had criticized Israel for killing dozens of unarmed protestors complained that Hamas had made them look foolish.

“We felt terrible that we had let down our supporters at the Guardian and other publications,” Hamas leader Ismail Haniyeh explained. “Then we thought, ‘What if there was a way that we could make what they had said technically true, and save them from having to issue a correction.”

Islamic Jihad, another Gaza militant group, agreed to go along with the plan, calling itself ‘innocent civilian.’

“We are lucky to know that when we disregard reality and report solely based on our preconceived views, groups like Hamas have our backs,” Al Anstey, the editor-in-chief of Al Jazeera English, told The Mideast Beast. “The Jews would never do that for us.”