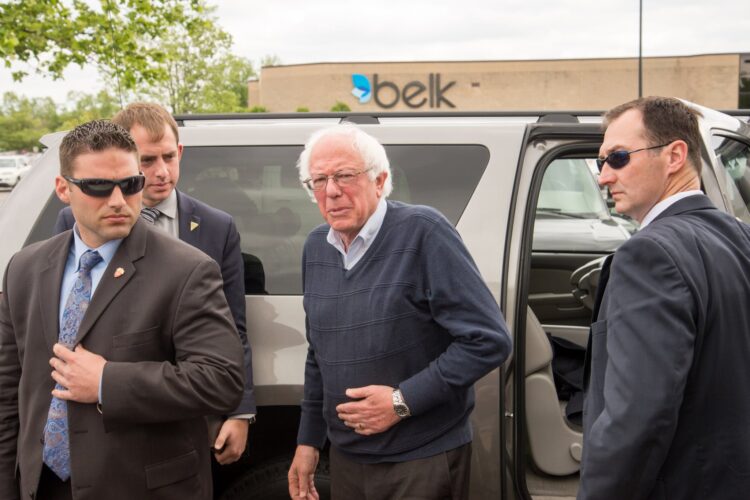 Bernie Sanders’ presidential campaign has taken some public criticism for some of his campaign surrogates’ questionable views on Israel. It seems though that rather than attempt to assure Jewish communities that the Sanders campaign doesn’t support anti-Semitic propaganda, they’ve gone the other direction:

Earlier this week, Hamas announced that it was going to join the Sanders 2020 campaign as a digital media partnership.

In a statement, one Hamas spokesperson said, “The Bernie Sanders campaign is struggle against a powerful regime to achieve hilariously unrealistic goals by calling anyone who disagrees with them a terrorist and we very strongly identify with that attitude.” He continued by explaining “that it was nice to work with someone who hates Benjamin Netanyahu as much as we do”.

Although the Sanders campaign is facing serious criticism for the choice, Sanders supporters such as IfNotNow, Linda Sarsour, and Iranian Supreme Leader Ali Khamenei are praising the bold choice. The campaign has also defended itself saying that the choice to include Hamas in their election efforts stems from Hamas’ position as being anti-occupation and their commitment to make sure every citizen of Gaza has a job in tunnel construction. The Sanders campaign comms director said that “Hamas was hired for their experience creating viral videos like the 2014 song titled Kum, Aseh Piguim, whatever that means”.

Although Bernie Sanders’ chances of receiving the nomination are becoming less and less likely as the primary season carries on, Sanders enthusiasts are convinced that Bernie Sanders has forced a shift in perspective on certain issues like Medicare for All and providing foreign aid to terrorist groups.