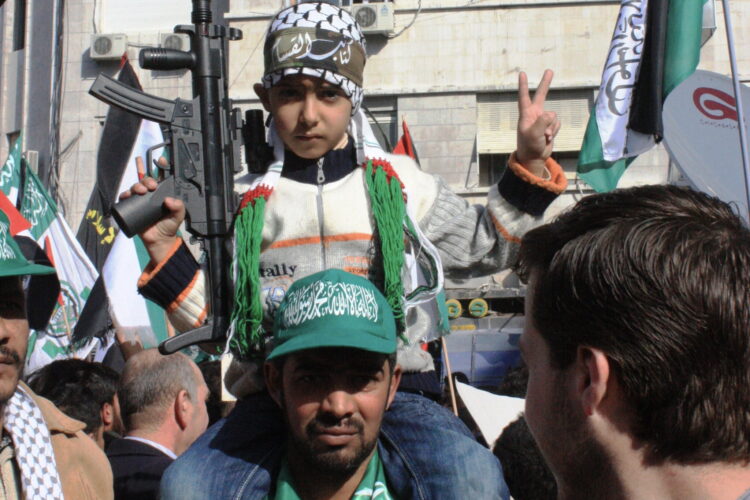 Hamas has grown frustrated in recent months over its inability to convince the world that it is, indeed, a terrorist organization.

“The Hamas brand just isn’t sexy anymore,” explained a Hamas member wearing an ‘I Heart Terror’ t-shirt. “Look at other successful terrorist organizations; all of them are unilaterally recognized as evil, terrible. In the name of Allah, what do we have to do to get that kind of respect?”

Hamas is increasingly growing jealous of younger, hipper, terrorists. “Even from their last remaining sand hill in Syria, ISIS is still doing some really interesting things bringing terrorism to the masses,” another Hamas member told The Mideast Beast, “I mean, sure, some of their tactics have been a little old school. It’s like, ‘Uhhhh, the 14th century called, and they want their beheadings back.’ But the organization continues to do some really innovative things with marketing and technology in the West. And let’s not forget that al Qaeda is making a comeback! Honestly, what do we have to do to be taken seriously as a terror group?”

Emboldened to rise back up in the terror rankings and to be taken seriously as an opponent to anti-terror legends, such as SEAL Team Six or Diana of Themyscira, Hamas has upped its terror game in the last few corona-ridden months. In addition to having a little rocket fun by playing “target the Jew”, it also rounded up dissidents and conducted a couple public executions.

“Considering the bat shit crazy things we do and say, I just don’t understand it,” the Hamas spokesman said. “Even though our stated goal is to murder all Jews and destroy Israel, the West and a few traitorous Gulf States still pressure Israel to negotiate with us. I mean, Jesus, remember when they gave us $5.4 Billion to ‘rebuild Gaza’?  It’s like, no one learns. Everyone knows where that money’s really going. Come on, we’ve already spent around hundreds of millions in aid money on tunnels alone. What else do we need to do to prove ourselves?”