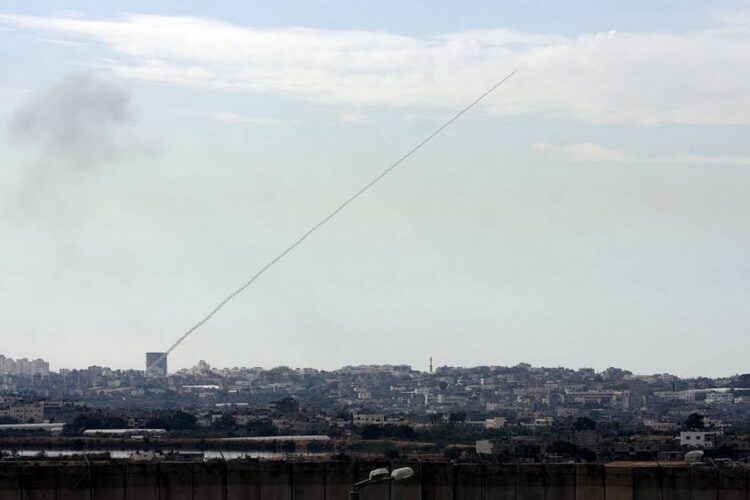 Following the recent targeted killing of a high-ranking leader of Palestinian militant group Islamic Jihad, violence erupted as the terrorist organization and the IDF traded blows. While the media portrayed both sides as being victims of violence and extremism, it seems as if the true victim in this conflict has somehow been passed over: a heartbroken Hamas.

Late last night the Islamist group-quasi government in control of Gaza took to the internet to express its sorrows, “It’s not like we weren’t expecting it,” explained a sobbing Hamas spokesperson over a tub of Allah Mode Double Fudge ice cream. “We just never thought that Israel would cheat on us with our best friend.”

According to Israel, Hamas – who has a tendency of being clingy and acting out when it doesn’t get what it wants – repeatedly called Israel out on not being able to maintain a long-term relationship. However, Israel has continuously responded by mentioning all the gifts it sends into the Gaza Strip.

“When will Israel understand that money isn’t everything,” the spokesperson said through a mouthful of the already-melted ice cream. “You can’t fix all of your problems with shipments of concrete and food. That’s sooo 2003, Israel.”

Prime minister Benjamin Netanyahu responded to Hamas’ claims by stating that Israel and the terrorist organization were in an open relationship. “We’ve told Hamas time and time again that we are interested in developing relationships with other countries and organizations as well. It’s nothing personal, we’re just looking for something more casual.”