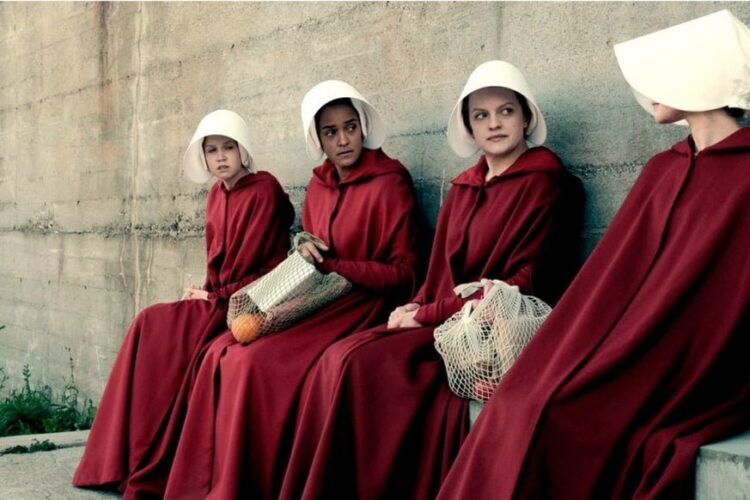 Image from Bustle.com at https://bit.ly/2PBUNks

HOLLYWOOD:  Hamas lawyers have filed a suit in Los Angeles Supreme Court against author Margaret Atwood, and the producers of the TV series based on her novel “The Handmaid’s Tale”

“The Handmaid’s Tale” is a dystopian story of a fanatical religious patriarchal authoritarian regime which is homophobic and misogynistic.

“This is clear cultural appropriation”, according to Hamas spokesman Mahmud Ofyassir.  “Gilead is just Gaza with American accents”, he said.

In her defense, Ms Atwood pointed out that her novel was released in 1985, and Hamas wasn’t formed until 1987.  “It seems that Hamas has copied Gilead as their model society”, she said.