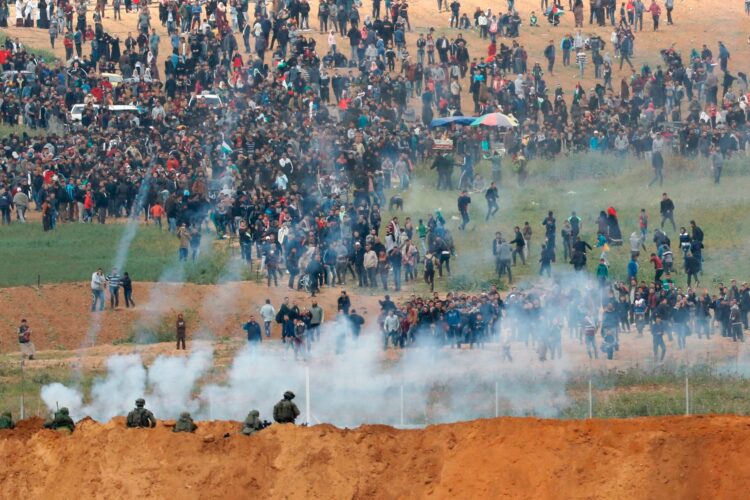 Image from The New York Times at https://nyti.ms/2E8mYNm

In a rare outburst, the leaders of Gaza have harsh words against Syria’s President Assad.  When asked if this was because of the thousands of Palestinians killed by the Syrian regime including dozens during the recent the bombing of the Yarmouk refugee camp, Ismail Haniyeh replied “Sure there’s that.  But we’re really pissed about his chemical weapon attacks at the time of our protests stealing our headlines”.  He continued: “We’ve been working for weeks trying to get enough Palestinians killed or injured to get on the front page of the news media.  First, it was Assad, then Kim Jong Un – who we thought was our friend – had to go and meet his South Korean counterpart and steal world attention.”

Mr. Haniyeh expressed regret regarding this week’s ISIS attacks in Indonesia.  “With over two dozen dead, and exposing our use of children in attacks, it could have been terrible for us.  Luckily, with dozens of Hamas fighters martyred this weekend we managed to get some coverage.”  The Mideast Beast asked whether the admission that the casualties were, in fact, mostly their operatives didn’t weaken their claim of peaceful protest. “Nu, have you seen it on mainstream media?”, he chuckled.