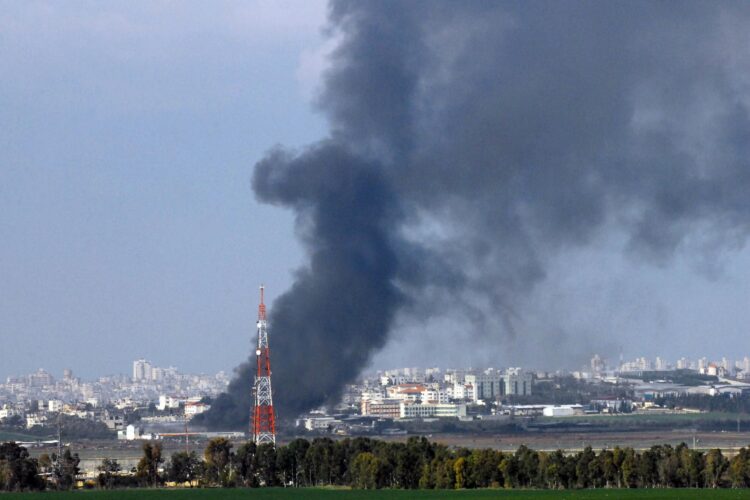 In light of the very “shooty” Israeli response to rocket fire from the Gaza Strip, Hamas and Islamic Jihad are claiming that hundreds of rockets have been fired “by mistake” and that they are simply “really clumsy.”

“This is all one big misunderstanding,” said one terrified Hamas member crouching in an underground tunnel as Israel shelled targets above. “We never meant to fire any rockets. I myself tripped up on a rocket while I was herding sheep. It was lying around in the field, I slipped and tripped and then…boom, I’d set one off! Totally unexpected and unintended!” Gesturing to a trembling fighter next to him, he continued. “Mustafa, I swear to God, also tripped and fell onto a rocket launcher. He slipped on a banana peel actually. While his brother, Mohammed, was making hummus and his hand slipped and next thing you know, there’s a rocket speeding across southern Israel. Hard to believe, maybe. But it’s true. We call on the Israelis to believe us and stop responding to our rocket fire. It’s all an innocent mistake.”

One senior Islamic Jihad fighter has claimed that he has sacked many of his fighters after miscommunications. “We built and set up the rocket launchers, pointed them all at Israel, and then expressly told our troops “do not fire”, but they heard “do fire”. Simply unbelievable! But still, just a bit believable, right? Please?”