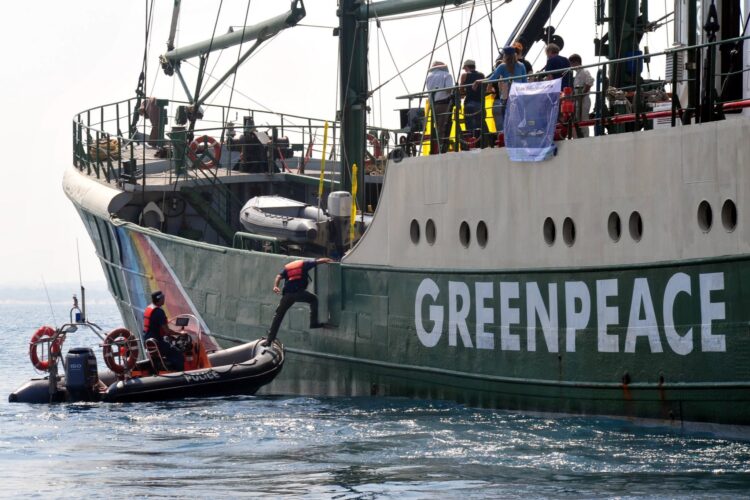 Greenpeace International Director Jennifer Morgan has protested vocally after Hezbollah chief Hassan Nasrallah renewed the promise to push the “Zionist Pollution into the Mediterranean Sea.” Greenpeace is already on edge after the UN Climate conference COP26 was recently postponed due to the ongoing COVID pandemic.

Jennifer Morgan spoke to The Mideast Beast during a hostile Greenpeace takeover of a polluting supertanker in the Persian Gulf bound for “imperialist capitalist countries.”

“People in the Middle East have been fighting over land ever since the nature-violators Adam and Eve were rightly expelled from the polluted Garden of Eden. Greenpeace strongly condemns all Middle Eastern tribes who cynically pollute Mother Nature with their crap and inflict collateral damage on the innocent Mediterranean Sea.”

“Long before Greenpeace entered the world stage; Jihadi environmentalists were proudly holding the green banner of an ecological caliphate stretching from Spain to India. Hezbollah therefore promises to get rid of the Jews and their “racist hook-nosed state” through environmentally-friendly and sustainable methods.”