Giuliani Offers to Take Fall for Netanyahu Too 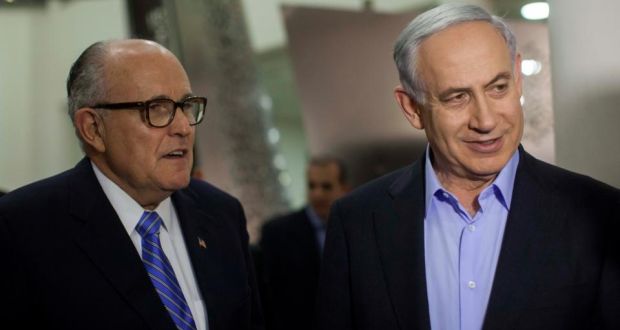 Image from The Irish Times in “Giuliani defends claim that Obama does not love America” at https://bit.ly/2D6kMI6

Former Mayor of New York, Rudy Giuliani has offered to admit to an Israeli court that he has been running a back-channel operation receiving money and gifts from wealthy donors without the knowledge of Prime Minister Netanyahu.

A spokesman for Mr. Giuliani commented, “Rudy has already accepted that he will be the blood sacrifice for the latest episode of ‘Shit the GOP is ready to swallow’, so he thinks why not go for the two-for-one. And frankly what’s really worse? Running a shadow foreign policy that undermines your countries national security or accepting a few backhanders to keep your wife in fur coats and full of ice cream?”

An official from the White House commented, “He’s delusional if he thinks he can freelance like this. We did absolutely nothing wrong, so the fact that the Secret Service just visited Mr. Giuliani to relieve him of his passport is purely coincidental. And anyway Mr. Trump is very clear that Benjamin can have Jared or Tiffany if he needs a patsy. He only wants people he admires covering for him.”