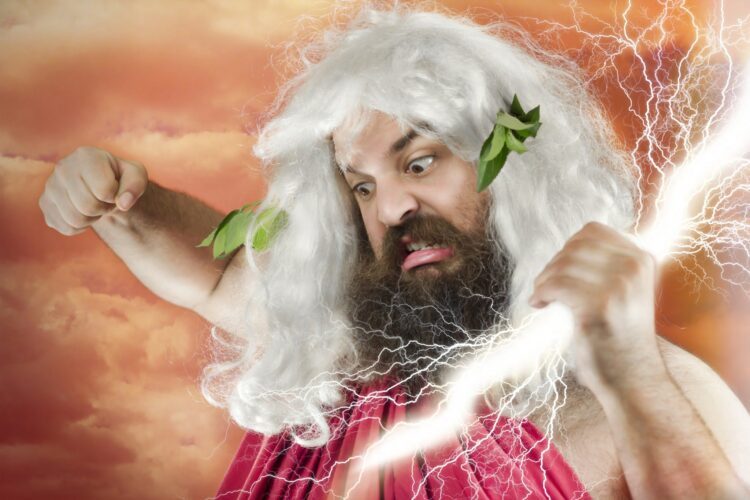 God revealed in an interview on Monday that he has so far been unable to find a paperclip small enough to push his “Middle East Reset Button.”

“Honestly, I’ve looked in every drawer I have. I can’t find a single fuckin’ paperclip anywhere. “I swear I had a few right here,” the omnipotent Lord continued, sifting through piles of world economic reports and financial documents.

The Eternal Being is infamous for his lack of organizational skills, crediting his sloppiness with the existence of things like the platypus, the spork, and Nazis.

If pushed, the reset button will return the Middle East to a simple tribal system, in order to give the rest of the global community a do-over period. God explained that all state lines would be erased, nobody would know what a suicide bomb was, and anti-Semitism and so-called Islamophobia would not yet be invented.

“But I can’t make any of that happen if I can’t push the damn button!” an exasperated God explained. When asked why he doesn’t just “create” a new paperclip, God muttered, “Umm, because it doesn’t work like that. I created man, that was my job. You dumbasses created the paperclip, not to mention a reset button the size of an atom.