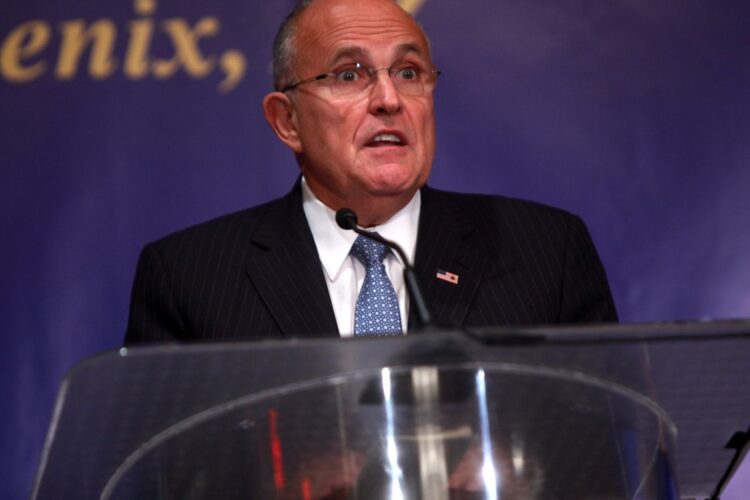 Calling it the most shocking revelation yet, President Trump’s personal attorney Rudy Giuliani said he has compelling evidence that the ghost of al Qaeda leader Osama bin Laden worked with the ghost of Venezuelan president Hugo Chavez to hack Dominion voting machines.

Bin Laden and Chavez worked together to change millions of Trump votes to former Vice President Joe Biden, using Dominion voting machines that were initially designed to carry out 9/11, Giuliani said during a press conference.

“It is completely obvious that without bin Laden, Chavez, and probably Mao and Stalin interfering from the afterlife, President Trump wins in a landslide,” Giuliani, a former New York City mayor, said. “In fact, we have sworn testimony from witnesses who saw a truck pull up outside a Detroit voting center carrying hundreds of fraudulent Biden ballots. And when the driver got out, he was just a six-foot-four skeleton wearing a turban.”

Even bolder claims were made by Trump attorney Sidney Powell. Powell insisted that ISIS founder Abu Bakr al-Baghdadi, who was killed in October 2019 in a strike ordered by the president, had returned in spirit to take control of the bodies of millions of voters and cast votes for Biden.

“It isn’t just the machines that have been hacked by evil forces,” Powell explained. “It is the voters themselves.”