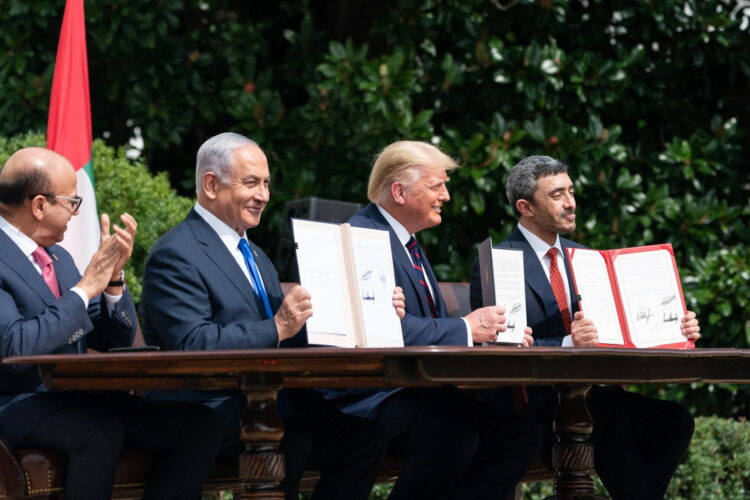 By The White House from Washington, DC - President Trump and The First Lady Participate in an Abraham Accords Signing Ceremony, Public Domain, https://commons.wikimedia.org/w/index.php?curid=94136629

The United Nations General Assembly passed a resolution Tuesday condemning the concept of peace after leaders from the US, Israel, the UAE and Bahrain signed the Abraham Accords normalizing relations between Israel and the Arab Gulf countries.

The resolution, which passed 157 to 7 with 15 abstentions, called peace a “crime against humanity and a Zionist tool.”

“Peace is a vastly overrated state of affairs that produces weak men and leads to overpopulation,” the resolution states. “We condemn peace, as well as peace treaties and those who sign them, in the strongest terms.”

The UN Resolution was met with shrugs in the US, where most Americans view peace positively. But former Secretary of State John Kerry has urged the Trump administration to accept the resolution and withdraw from the peace accords immediately.

“The Trump administration is spitting in the face of the international community by signing a peace deal even as the UN warns of the evils of peace,” Kerry said. “Only a deal to give a terrorist state access to nuclear weapons is worthy of the president’s signature, since there’s no way anyone could confuse that for peace.”