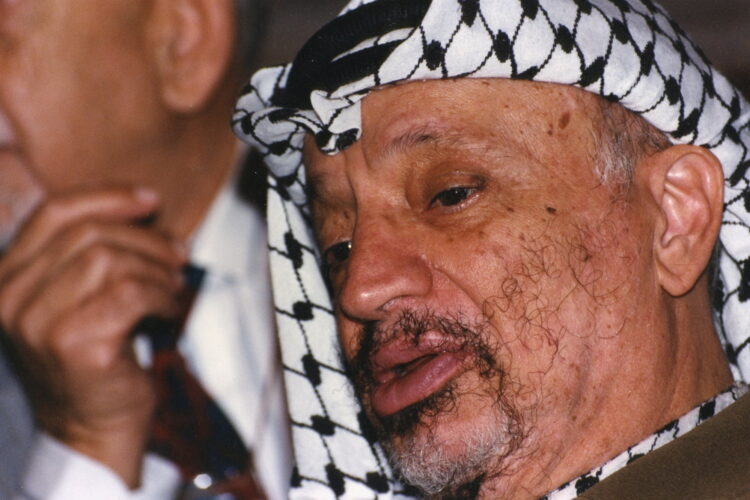 While retired US Air Force Colonel Buzz Aldrin was in fact the pilot and second man to walk on the moon, the directors of “First Man” said that focusing the story of the moon landing on two Americans would undercut the global nature of the achievement.

“Just because Americans funded, planned, and risked their lives carrying out the moon landing, it doesn’t mean that we should take all the credit,” director Damien Chazelle told The Mideast Beast. “By including Arafat on the lunar surface, we show that this was an accomplishment for all mankind.”

The film had already faced criticism for leaving out the historic moment in which Armstrong planted the American flag on the moon. But an earlier cut of the movie, according to Chazelle, saw the astronauts planting the flags of every UN member state, with Armstrong joined on the moon by world leaders ranging from China’s Mao Zedong to India’s Indira Gandhi. These scenes, however, did not make the final cut.

President Donald Trump took to Twitter to blast the film’s portrayal of the moon landing as “fake news.”

“Hollywood liberals claiming that US first country to walk on moon – WRONG!” Trump wrote. “I talked to [Russian President Vladimir] Putin and he said Russians were there first, and there’s no reason I wouldn’t believe him.”