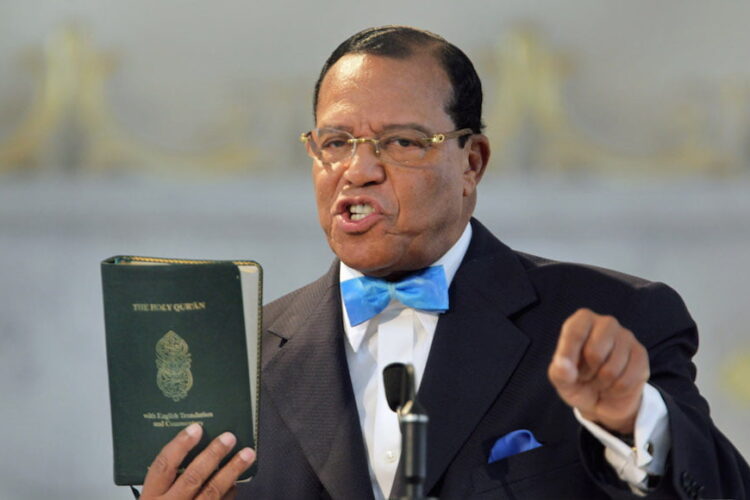 Image from The Times of Israel in "Louis Farrakhan warns against ‘Satanic Jews’ in Chicago speech" at https://bit.ly/2VyCleC

Louis Farrakhan, leader of the Nation of Islam, recently gave a speech in Detroit in which he called the Iranian Quds Force commander Qasem Soleimani and former Libyan leader Muammar Qaddafi his “brothers”.

The Mideast Beast sat down with US Congresswoman Alexandria Ocasio-Cortez (AOC) from the Squad for reaction.

“OMG you guys, I am shook!” AOC told The Mideast Beast, “I literally had no idea that GOAT [the Greatest of All Time] actually had, like, close family members killed by the US government. This makes Trump’s action, like, a triple war crime against humanity! When I become Bernie’s Vice President, I’ll always check with Farrakhan before we send any peaceful missiles abroad. I think it’s exciting that his family is so geographically diverse”.

The Mideast Beast asked AOC how she felt about Farrakhan’s notorious antisemitism.

“He just has, like, this amazing, diverse way of talking about Jews. He calls them all sorts of things, like termites, devils, satanic, but it really comes from a very centered and really extraordinary place of love and compassion. When you think about it, like, termites? They are actually an extremely important part of our ecosystem, breaking down plant fibers and dead trees and turning them into new soil. You guys, I even grow them in my own community garden! They totally fight climate change! So Farrakhan, like, was giving Jews a huge eco-compliment, but no one even noticed that because haters are too busy hating”.