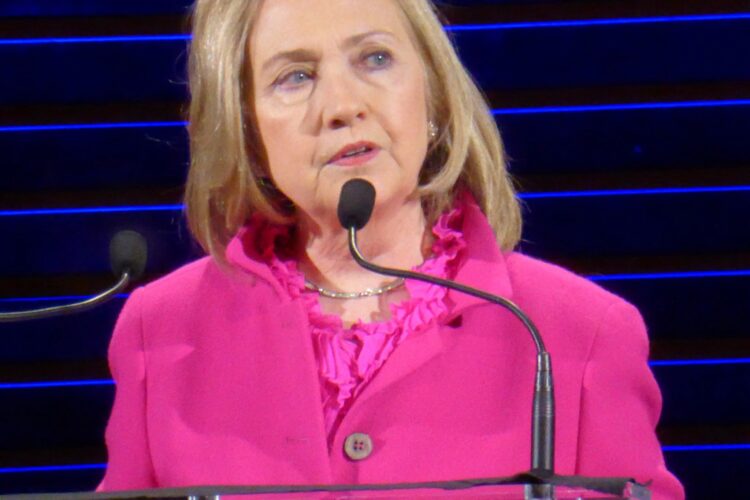 ALLENTOWN, PA – At a rally in America’s ‘Little Syria,’ Hillary Clinton once again reaffirmed her reputation for saying or doing absolutely anything to get elected.

“I’ll never forget that harrowing day when we fled violence-plagued Chicago for the safety of the suburbs,” a teary-eyed Democratic U.S. Presidential frontrunner told the crowd ahead of the Keystone State’s Tuesday primary. “And the moment Daddy yelled at me to duck as a hail of bullets struck our automobile, ripping the head off my favorite fluffy bunny,” she recalled, before breaking out into a guttural sob.

“See, I’m just like you,” said Clinton after composing herself and retrieving a bowl of finely chopped tomatoes, parsley, onion and bulgur from behind the lectern. “If not for my daily dose of trusty tabbouleh, I’d never have the strength to keep going on the campaign trail,” she claimed, clearly reading a phonetic pronunciation of the popular Arab salad’s name off her hand.

Clinton then proceeded to a nearby synagogue, where she told the audience that not only did her parents name her after famed ancient Rabbi Hillel, but that chopped herring and chicken soup where her “secret stamina weapons.” And at her last campaign stop of the day, Clinton – while chomping her way through a plate of fried chicken, corn bread and watermelon – told a women-only crowd at the local African Methodist Episcopal Church: “See, I’m just like you, sistas ­– sky-rocketing cholesterol, philandering husband and all!”