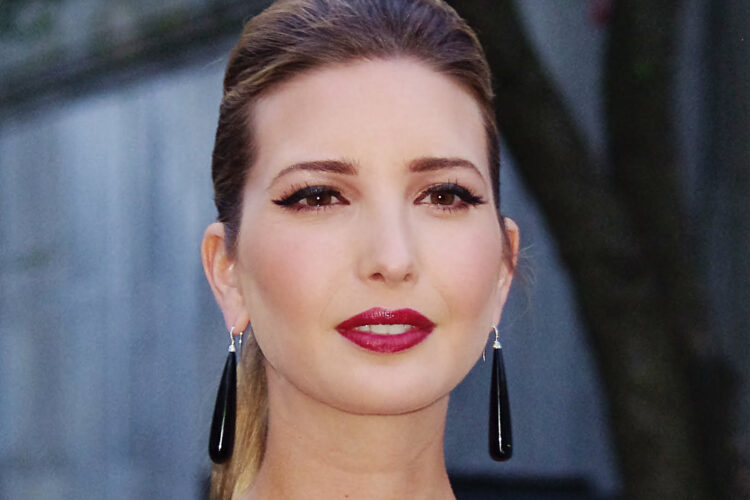 NEW YORK – Ivanka Trump has added a anti-groping handbag to her fashion line, calling it “a symbol of my father’s aggressively pro-woman agenda” – and suggesting that foreign aid subsidize its cost for low-income women.

“Men will be men, so we ladies must be practical – and, of course, stay stylish,” said America’s First Daughter at the Manhattan launch of her Quilted Leather Studded Guardian Satchel – dubbed ‘The Trump PussyGuard’ on social media.

Describing the latest addition to the Ivanka Collection as “timeless elegance meets technological mastery,” she proceeded to demonstrate the “handbag’s pioneering security features,” activating its aerosol self-defense spray system, which released a cloud of mace perilously close to the assembled press pack, before retracting the satchel’s menacing steel teeth, which Ms. Trump described as being “housed gracefully inside the bag’s gleaming studs and capable of shredding any uninvited hand like mince meat.”

When questioned how poor women in developing countries – could afford the $1299 price tag, Ms. Trump suggested the U.S foreign aid budget could be “readjusted” to subsidize the so-called Pussyguards, vowing, “from Syria to South Africa, no pussy shall go unprotected.”

Pressed on the ethical pitfalls of such an arrangement, Ms. Trump launched into a spirited defense of the U.S President, calling him “a moral giant and champion of gender equality,” and predicting that “once my father once-and-for-all crushes Islamic terror – freeing not only the thousands of ISIS sex slaves but the millions of women who can’t drive, vote or feel the sunshine on their faces – you in the biased media will be writing glowing articles declaring him ‘America’s First Female President.’”