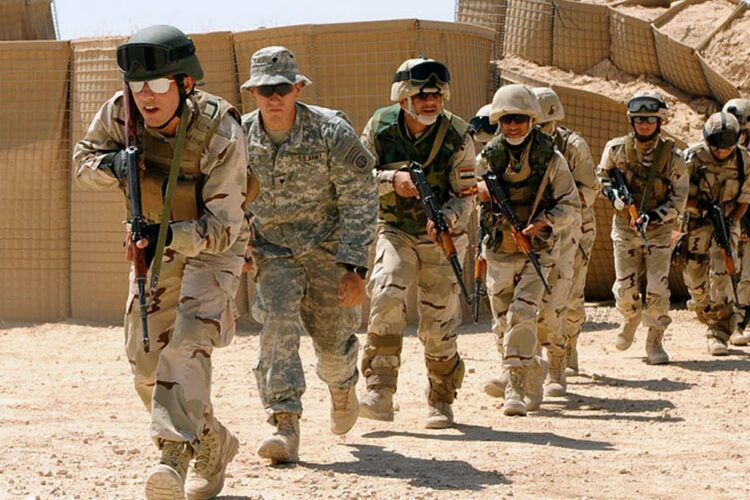 Mideast leaders have today breathed a collective sigh of relief on knowing that the Yanks are back! Yes, just when you thought you would all have to sort your own shit out through “diplomacy”, the good ol’ U.S. of A is taking things back ‘old school’ with some 21,000 pound negotiating, as well as re-re-re-training the Iraqi Army, and like four or five Syrian rebels.

David Itay, Professor of International Dabbling and Meddling at the University of Tel Aviv was thrilled, “we’ve all been concerned that America’s whole “Asia Pivot” would mean we would be seeing less of our fun loving pals. Luckily, if you pivot far enough east, you come right back to us! Result! Personally I can’t see how things can go wrong for Trump. A bit of training, some light bombing, drop a few food parcels, just try not to get the latter two mixed up. Easy!”

Pierre Joseph, a peace loving unwashed hippy from Paris was more conflicted. In an annoyingly heavy French accent, Joseph noted, “War bad! Killing bad! Genocide bad! America bad! Put that together and what have you got? Fuck only knows. I’m going back to campaigning against animal testing. At least you know where you stand with smoking beagles.”

Trump will be the fifth president to put “good metal on bad people” and the IDF is certainly excited for him. Colonel Shay Shlep commented, “to be honest we’d support them napalming Ewoks if it took everyone’s attention away from our little skirmish by the sea.”