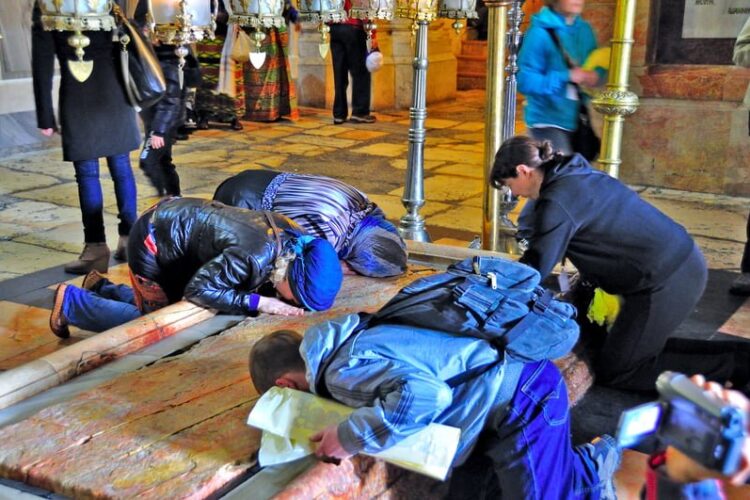 Foreign Embassies are advising against all travel to Israel’s Upper Galilee region following reports of evangelical tourist groups becoming radicalized by ISIS. Groups of Western God botherers, inspired by ISIS’ presence on Israel’s northern border, have seen an opportunity to further their own religious aims while on tour in Israel.

The Israeli Daily (TID) contacted one of the tour organizers responsible for sending the groups.  Bob Logan of Plainold, Texas, told TID: ‘These ISIS heathens are clearly misguided. Instead of shooting and beheading people, they should be putting their trust in the Lord Jesus Christ. And if they really need to execute people that don’t look like they do in a mirror, they should be using the electric chair, like civilized people. ‘Our mission is to help them see that. And then we can get back to convertin’ the Jews.’

(in a not at all) Related Story: “Terror Fart Goes Viral“

British Foreign Office Spokesman Timothy Walker-Atkinson, released the following statement late Thursday night: ‘We didn’t really want to make a fuss about this, but we’ve noticed over the past few days that quite a lot of our tourist groups have lost the plot. It’s a little bit embarrassing for us, but, without wanting to make too much of a noise about it, the UK has decided to advise against all foreign travel to Israel’s northern border. You know, if that’s ok with everyone.

‘It hasn’t stopped anyone from going, obviously, and it’s been happening more since we banned it. It’s a bit like something out of Monty Python – have you ever seen Monty Python? Anyway, we’re not entirely sure what’s going on after that, but the Evangelicals come out a few days later wearing bedsheets and waving ISIS flags. It’s particularly embarrassing as the Archbishop of Canterbury is amongst them, and we were really counting on him being around for the next royal baptism, scheduled for late 2015.”

When contacted by TID for comment, the tour groups already at the border refused ‘to communicate with infidels’.